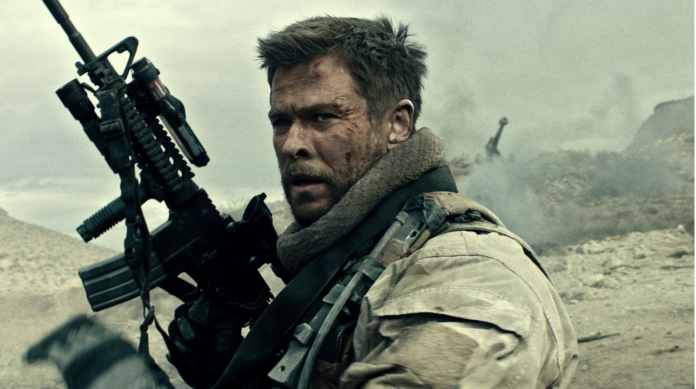 UPDATE: The official synopsis for Furiosa has been revealed:

“As the world fell, young Furiosa is snatched from the Green Place of Many Mothers and falls into the hands of a great Biker Horde led by the Warlord Dementus. Sweeping through the Wasteland they come across the Citadel presided over by the Immortan Joe. While the two Tyrants war for dominance, Furiosa must survive many trials as she puts together the means to find her way home.”

UPDATE: Fury Road Assistant Director P.J. Voeten has revealed that Chris Hemsworth will be playing the main villain in Furiosa.

“He’s going to play totally against type, the lead baddie. Unfortunately, we’ve got to find all of our other characters that aren’t around anymore: a new Immortan [Joe], a new Bullet Farmer, and a few others,” said Voeten in the book titled Blood, Sweat & Chrome: The Wild and True Story of Mad Max: Fury Road (reported by Slash Film).

It is also learned that Yahya Abdul-Mateen II (Aquaman) has exited the project and English actor Tom Burke (True Things) taking over the undisclosed role.

UPDATE: Minor details of the plot for Furiosa has emerged during a press conference for the film at New South Whales Premier Gladys Berejiklian. Director George Miller stated, “Whereas Fury Road essentially happened over three days and two nights, this happens over many years. You try to make films that are ‘uniquely familiar. This will be familiar to those people who know Mad Max, and in particular Fury Road, but also it will be unique.”

Star Chris Hemsworth also expressed his excitement for the project saying, “It’s a huge honor. A lot of pressure but exciting pressure that is certainly motivating.”

Furiosa is said to be “the largest film ever to be filmed” in New South Whales. It is expected to bring in at least $350 million into the state’s economy along with 850 jobs.

Production is set to start sometime next year.

Star Anya Taylor-Joy stated, “I fell in love with Furiosa, the way that Charlize presented her. She did such an incredible job and it was so beautiful and I can’t even think about trying to step [into her shoes]. It has to be something different, because it just can’t be done.”

UPDATE: Director George Miller has confirmed that actress Anya Taylor-Joy (The New Mutants) will be playing the title role of Furiosa. Joining Taylor-Joy in the prequel is Chris Hemsworth (Netflix’s Extraction) and Yahya Abdul-Mateen II (Aquaman).

Miller will direct, co-write and produce the project with his longtime Oscar-nominated producing partner Doug Mitchell.

UPDATE: According to The Illuminerdi, Chris Hemsworth (Netflix’s Extraction) is currently rumored to be Warner Brothers’ top choice to headline Furiosa. It is reported that Hemsworth is wanted for the role of “Dementus”, who is described as a “breathtakingly handsome” lead with “an angel’s face, scarred by a deep forehead wound stitched together with shiny chrome staples.”

Hemsworth has not signed anything, so it is not a done deal. Stay tuned.

Director George Miller confirmed a prequel to 2015’s Mad Max: Fury Road is in developing that will focus on a young Furiosa in her 20s. Unfortunately, this means the 44 year old Charlize Theron will not be returning for the role. Miller stated:

“For the longest time, I thought we could just use CG de-aging on Charlize, but I don’t think we’re nearly there yet. Despite the valiant attempts on ‘The Irishman,’ I think there’s still an uncanny valley. Everyone is on the verge of solving it, particular Japanese video-game designers, but there’s still a pretty wide valley, I believe.

Miller plans to start production on the Furiosa movie after he completes his current project Three Thousand Years of Longing starring Idris Elba and Tilda Swinton.

Rumors are already swirling that Miller is eyeing Anya Taylor-Joy (The New Mutants) to take on the role of the younger Furiosa.