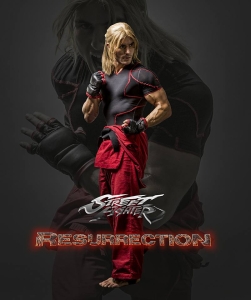 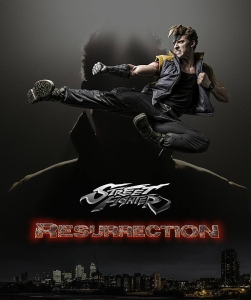 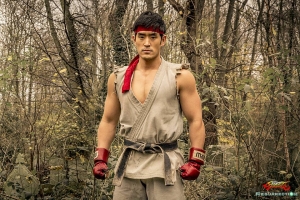 UPDATE: Looks like the team behind ‘Assassin’s Fist’ have another series coming out in March titled STREET FIGHTER: RESURRECTION. A teaser have been released featuring martial arts actor ALAIN MOUSSI (Kickboxer: Vengeance) as ‘Charlie Nash’!

We are assuming that the official sequel to ‘Assassin’s Fist’, ‘World Warrior’, is still in the works in addition to ‘Resurrection’. 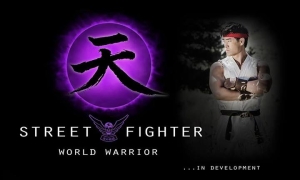 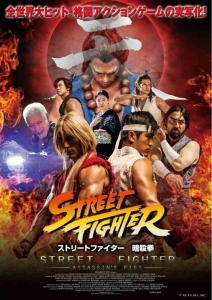 “The scale of ‘World Warrior’ is much larger, picking up where ‘Assassin’s Fist’ left off as we follow Ryu and Ken on their ‘Musha Shugyo’ (warrior’s pilgrimage),” Ansah said. “The Shadaloo criminal cartel will be introduced, led by the extremely dangerous M.Bison, which will naturally lead into the World Warrior tournament,” in which fan favorites Guile, Chun-li, Sagat will play a significant role.

MIKE MOH and CHRISTIAN HOWARD is set to return as ‘Ryu’ and ‘Ken’. There have been speculations and rumors that martial arts star SCOTT ADKINS (Undisputed) is interested in playing american soldier GUILE, who was originally portrayed by JEAN-CLAUDE VAN DAMME in 1994’s ‘Street Fighter’ the movie. Lets cross our fingers and hope Adkins is available for the role.

As far as Chun-Li, Sagat, and M.Bison, who would you guys cast for these roles?

For Chun-Li, my vote goes to stuntwoman SAMANTHA JO (Kitana from Mortal Kombat: Legacy). She actually played Chun-Li to perfection in the youtube fight clip ‘CHUN-LI vs TIFA’:

‘World Warrior’ will most likely see a release in late 2015/early 2016. Stay tuned for more details!