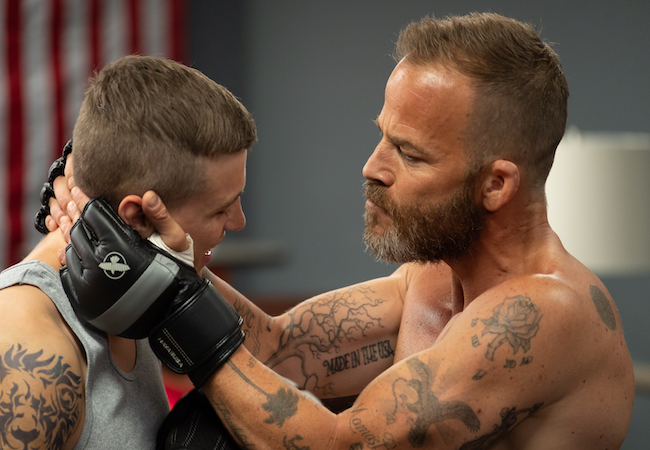 Georgian-born director Nick Sarkisov’s (Krasny) makes his English-language debut with a screenplay by David McKenna (American History X). The film follows Dorff as Cash, a man who channels his aggression into becoming a major champion in the cage-fighting sport. He’s achieved wealth and fame, but when his second son is born with Williams Syndrome, an incurable developmental disorder, he runs away from his family. Writer McKenna’s own 15-year-old son Colin, who was born with Williams Syndrome, portrays the boy.

Years later, Cash’s elder son, Jett (played by Darren Mann) decides to follow his father’s footsteps into the fight game, facing his past – and his father – head on, when a media firestorm inevitably pits the two generations of men against one another in a battle that neither can truly win.

Embattled is set for release in November.