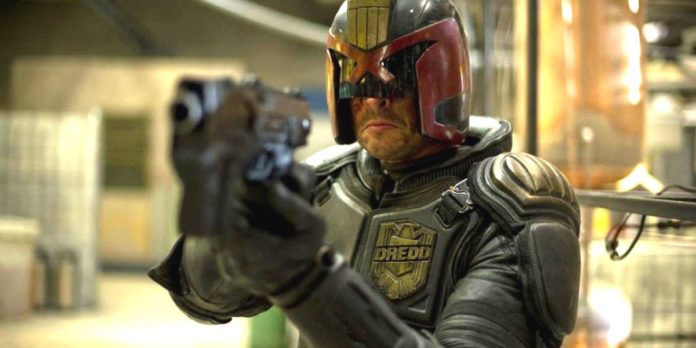 2012’s Dredd starring Karl Urban was a flop at the box office to say the least, but it was appreciated much more once it hit the small screen and gained a cult following. Fans demanded a sequel for many years until a Judge Dredd TV series titled Mega-City One was announced back in 2017. After 3 years in development, a looks like its finally headed in the right direction.

The rights to the franchise is currently owned by Rebellion. The company’s CEO Jason Kingsley recently revealed that a script for the Judge Dredd series is officially completed.

“I want there to be a sequel to the 2012 movie Dredd. We’ve got the rights back so we can do it, we’ve just got to get rid of this virus thing that’s going on at the moment, and then hopefully things can kick off in all sorts of different areas of making film and TV, it’s just, it’s all very messed up at the moment for everybody. A lot of work has been done on all sorts of different scripts actually. So Mega-City One the TV show. Basically, we can’t go into production because of the situation and we’ve got scripts and everything is ready to go but the problem is, because of the situation and everybody’s funding changes and everybody’s shifting around,” said Kingsley.

“Well if we can get people back, you know, we even joked that it would be quite fun to get Stallone back,” he added.

If they can get Urban back for the series, that would be a home run. If they can also get Stallone back? That would definitely be a cherry on top.