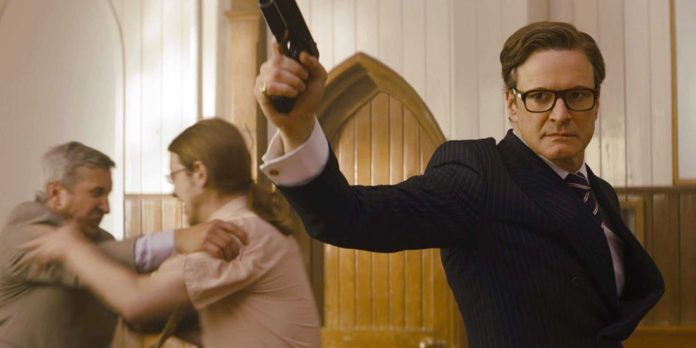 Musical scores and sound effects are used in films in ways to create not only realistic sounds but also to set the mood and further engage the audience. Sound design plays a huge role in helping to establish the storyline as well as push it forward.

Fight scenes in action movies can be especially difficult to establish in terms of the right musical score so that the end result has the right effect. In short – music makes the movie. Besides the intensive training all of these actors take to create the action, we will look at some different films that had significant fight scenes, aided hugely by their sound design and musical score.

Hans Zimmer is no stranger to amazing music composition. He has been used in many hit films for his ability to deliver the right tone. The opening bank heist scene that’s seen in The Dark Knight, creating the tense anticipation of what’s to come with the villain’s appearance. The opening sequence does a lot – establishes the film’s dark tone and delivers a rousing action sequence with fighting and chasing. So the score has to help give the initial exposition while providing excitement at the same time since most beginning scenes that are setting up the plotline can be boring and don’t usually grab the attention so quickly.

Also known as the “church massacre” scene, this action-packed fight scene is only made better by the song choice used within. Not a song you would think to be put within a fight scene, but somehow Lynard Skynard’s “Free Bird” fits – the sequence is extravagant in the execution of delivering such a powerful battle, with its star Colin Firth going crazy with rage, his gun constantly firing with dramatic flair alongside the lengthy guitar solo from an iconic, well-known song.

This scene was definitely helped along greatly by the incredible sound design. The two gangs go at each other in all-out hand-to-hand combat set in the mid-century, with the song “Signal to Noise” by Peter Gabriel playing. It’s a very dark, haunting piece that really reacts well with the brutality of the fighting. The sound effects create the tone in line with the music, hearing the echoes of the hits, pounds, and screams as they happen instead of blatant noise. Utilizing the production of custom music in this scene resulted in successfully and accurately setting up the proper level of violence that resonates throughout the film.

Gun Fight in the Lobby – The Matrix

Another sound design masterpiece, where the effects really aid the action along. Neo enters the building where they have captured Morpheus, and with Trinity in tow, they fight off a ton of Mr. Smith’s men in the lobby, almost completely demolishing it in the process. The initial build-up of the music used in this scene is intense, aided by the awesome song “Spybreak!” by Propellerheads. The intensity of the scene makes it unforgettable. There are some other great action scenes in this trilogy that could go on the list too, as well as the fact that Keanu Reeves himself has been in so many action movies to date, from his breakout in Speed to the ever-popular John Wick series, but for this list, we had to stick to the original.

Jason Statham is well-known in action movies from his breakout in this trilogy to appearing later in the Fast and Furious franchise of films, as well as later with Dwayne Johnson again in the Hobbs and Shaw spinoff. This scene, in particular, has him shirtless and fighting off plenty of bad guys, with cool sound effects from metal pipes and oil spilling all over the place. The sound design is further aided by the song “Mission” by Stanley Clark, helping to accentuate the dramatics of the punches, kicks, yells, and even the effects of the metal clinking due to some bike pedals he so smartly puts on to do some action kicks to take out the lot.

Besides the awesome whips and clangs of swords, this scene is inherently exciting, not just because it is between two amazing women, but the fun beat of the music playing almost seems like it has no place whatsoever in a fight scene. Somehow though, it works extremely well, making “Don’t Let Me Be Misunderstood” by Santa Esmeralda the perfect salute to this part of the movie. It helps to make the scene feel more exciting. When the music stops, the sound design picks up on the pain and devastation of the main character, leading the audience to think she’s met her match.

When Thor gets full power at the end of this film the song choice when he blasts back down to start his fight is unforgettable. Aided with some slow-motion shots and amazing sound designs with swords and lightning, Led Zeppelin’s famous “Immigrant Song” is the perfect piece to help bring this whole scene up by thoughtfully demonstrating Thor’s rage and determination within the fight to come out on top.

The best part about this fight scene is the fact that the music is an actual concert that is happening at the same time and the scene flips back and forth between the two simultaneously. It’s almost comedic to watch, but Mila Jovovich is powerful where you see her first really demonstrate what she can do as she fights goons holding her captive. Diva Plavalaguna sings incredibly, taking opera to a whole other level and creatively intertwining it with a battle in a very innovative vision brought to life, and one that most likely can’t be done again.

So many of these well-known movies made their stamp by pushing the boundaries of sound design and music, creating original scenes that were really brought to life by the score and sound effects. It has become more than just part of the movie experience, but crucial in being necessary to make a movie stand out.