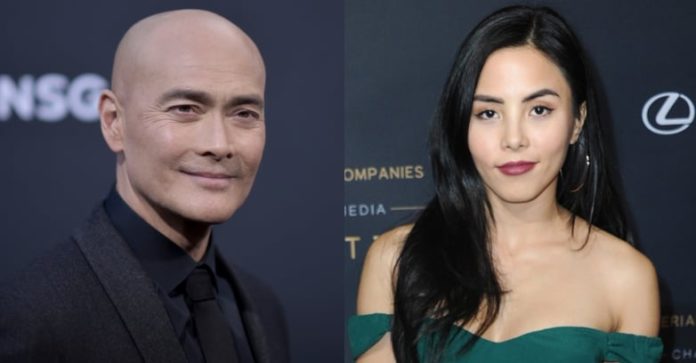 Plot details has been revealed to Variety as the sequel is moved forward by some 300 years to present-day Budapest, which is intended as a metaphor for East-West confluence, and where a meeting of the five Samurai clans is taking place. In addition to the male clan leaders, the meeting is also attended by three Onna Bugeisha (literally ‘Women Warriors’), though their presence is initially resented. The three female leaders are played by Luna Fujimoto (Monster Hunt 2), Koieyama Akira (47 Ronin) and Nino Furuhata (Spaghetti Code Love).

“Originally, I wanted this whole cyberpunk world with Asian skylines and stuff. But I’d shot for five months in Budapest on ‘Marco Polo’ and I love the Hungarian crews. They work hard and are very talented. So, I talked with the production designer and decided [to keep some] cyberpunk elements, but also make it more of a dystopian world,” said director Ron Yuan.

“We are excited to continue the story of these ancient Japanese samurai warriors with this next chapter of the 47 Ronin film franchise set in modern times. This all-new production features some of today’s most talented international action stars. We think fans worldwide will be thrilled with director Ron Yuan’s vision of diverse and inclusive samurai warriors,” said Glenn Ross, General Manager and Executive Vice President, Universal 1440 Entertainment.

Nguyen stars alongside Yoshi Sudarso (The Paper Tigers), Teresa Ting (She Has a Name), Mike Moh (Once Upon a Time in Hollywood), Luna Fujimoto and Chris Pang (Crazy Rich Asians).

Actor Ron Yuan (Netflix’s Marco Polo) is transitioning from being in the front of the camera to calling the shots behind it as he is set to make his Hollywood feature length directorial debut with the sequel to 2013’s 47 Ronin.

The follow-up is said to take place “300 years into the future in an exotic cyberpunk world” with a “fresh, re-imagined take on the original feature and will incorporate horror along with modern samurai and ninja elements.”

Universal 1440 is producing the project with Netflix handling distribution.

Yuan told Deadline, “I’m incredibly excited to be working with Universal and the producing team on this genre-blending, martial arts, action, horror and cyber-punk film. This will be a fun, intense, supercharged thrill ride for viewers globally.”

For those unfamiliar with the original film starring Keanu Reeves, it follows the story of 47 rōnin, a real-life group of samurai in the 18th century who set out to avenge the death of their master who was killed by a merciless shogun.

Stay tuned as we learn more on who will be starring in the sequel.

Yuan can currently be seen in the martial arts indie film The Paper Tigers.