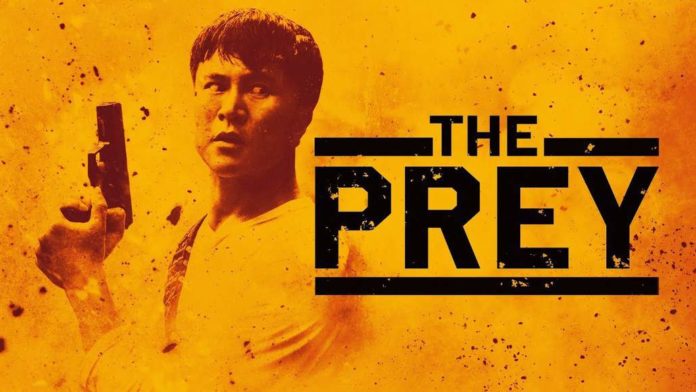 I first became aware of director Jimmy Henderson with the release of his action packed Jailbreak (2017). Somewhat influenced by Gareth Evans’ The Raid (2011), the Cambodian produced actioner was clearly made on a shoestring budget but this didn’t seem to matter as Henderson managed to fill it to the brim with quality fight scenes which were superbly choreographed by the films’ leading man Jean Paul Ly.

While Jailbreak didn’t set the action world alight in the way The Raid did, it still worked as a calling card for Henderson and showed his talent and capacity for handling intricate action scenes. Because of this I was excited to hear that he and Ly would be reteaming for The Prey, although Ly is sadly only behind the scenes this time, operating as the film’s action director.

The first adaptation appeared in 1932 and featured Joel McRea in the leading role. The film was famous for using the same jungle sets that were created for King Kong (1933) as well as sharing a number of the same cast members.

While the original production is a faithful adaptation of the short story, the most popular takes on the story, especially for action fans would have to be John Woo’s Hard Target (1993) or Ernest Dickerson’s Surviving the Game (1994).

Now while The Prey may not have anything new to add to the basic storyline of The Most Dangerous Game, with it solely lacking in anything in the way of character development, Henderson still manages to pull off a mixture of well staged martial arts bouts and jungle based gunfights.

Xin (Gu Shangwei) is an undercover Chinese security officer who has infiltrated a gang of cyber criminals in the Cambodian capital. Before he gets a chance to act he finds himself arrested with the rest of the gang. The Cambodian court wastes no time in banging Xin up in a remote prison in the jungle run by violent warden Vithaya Pansringarm.

As a side line the Warden organizes illegal manhunts, where rich clients pay him to hunt convicts for sport. Xin is brought to the Warden’s attention by taking part in a well staged prison riot which the Warden instigates to see who is the best fighter. Those from the fight are then chosen to be hunted.

Xin is also being tracked by his Chinese colleagues through a tracker placed in his confiscated watch, but it quickly becomes apparent that Xin will have to fend for himself. Other than some minor help from one of his fellow prisoners, Xin soon has to become a one man army. While not good for him, it is for us as it lead him to take part in a handful of nicely choreographed fight scenes.

The best of these is the aforementioned prison brawl as well as the tensely staged finale that takes place amongst a rebel village, with the villagers being at odds with Pansringarm’s warden.

While I wouldn’t say that The Prey is as enjoyable as Henderson’s previous features, it is certainly a better made feature, with him and director of photography Lucas Gath making great use of the jungle setting. The lush visuals certainly make for a more visually striking movie than the slightly bland looking Jailbreak.

Like Jailbreak, The Prey was another low budget production, but the jungle setting mostly helps to cover for this. The low budget does become apparent on a number of occasions but Henderson manages to overcome this by keeping the proceedings well paced and not giving you enough time to dwell on any of the film’s shortcomings.

Still, as well paced as the film is, there are other shortcomings other than the budget that ultimately let the film down. While Jean Paul Ly does a great job of choreographing the action, the expected violent confrontations are never as violent as you would expect. In addition I felt the climax to be somewhat anticlimactic. Perhaps this was just me, but I was actually surprised when the credits began to roll.

As mentioned, character development is mostly non-existent, but for a film like The Prey this doesn’t really matter for the most part. Performance wise Gu Shangwei does well as Xin. Clearly hired more for his physical attributes than his acting ability, Shangwei makes for a decent action hero and gets ample chance to show off his considerable martial arts skills.

However, acting wise Vithaya Pansringarm steals the show as the corrupt Warden. He gives the film an air of class about it that may otherwise be lacking. Western viewers will probably know him best from his performance in Nicolas Wending Refn’s Only God Forgives (2013).

Other than him there is no real stand out. The likes of Nophand Boonyai and Sahajak Boonthanakit aren’t really given much to do but are adequate in their underwritten roles. The same is true for the rest of the cast.

Ultimately this film isn’t the all out success that I hoped for. However, The Prey is a swiftly paced 90 minutes of well crafted action scenes that should satisfy those looking for a quick no frills martial arts fix. If anything it proves that Jailbreak wasn’t a one off for Jimmy Henderson, with him showing a clear knack for action.

Henderson is due to follow up The Prey with the upcoming The Guardian (2020), which reportedly wrapped production last year. Once again starring Shangwei in the lead role, The Guardian will also feature Jean Paul Ly, this time appearing in front of the camera. Additionally it has roles for Hong Kong movie legends Eric Tsang, Waise Lee and Andy On.

It is unclear at this time when it is due for release, as The Prey took a considerable length of time before being released Stateside. In addition to The Guardian, a sequel to Jailbreak was recently announced. Once again starring Jean Paul Ly, it will have the added bonus of The Raid legends Cecep Arif Rahman and Yayan Ruhian in co-starring roles.

It would seem that there is still a lot of great work still to come from Jimmy Henderson and Jean Paul Ly. While The Prey may not be 100% successful, I am still looking forward to his upcoming work as I feel they will only keep getting better.