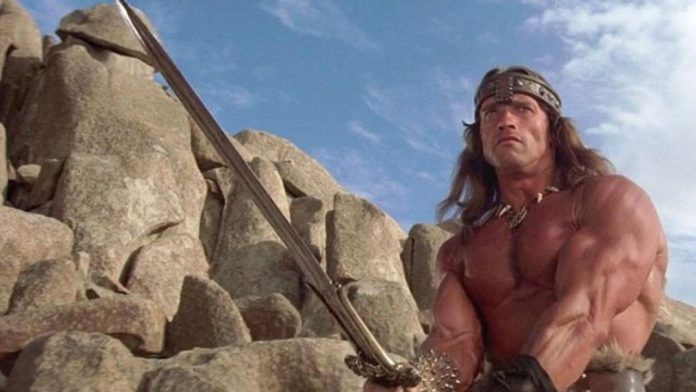 First portrayed famously by Arnold Schwarzenegger back in 1982, Conan The Barbarian is officially coming to Netflix in a form of a new TV series.

Created by writer Robert E. Howard, Conan is “a young boy who becomes a slave after his parents are killed and tribe destroyed by a savage warlord and sorcerer, Thulsa Doom. When he grows up he becomes a fearless, invincible fighter. Set free, he plots revenge against Thulsa Doom.”

The character was last played by Jason Momoa (Aquaman) in 2011’s Conan the Barbarian reboot.

A search is now underway for a writer/showrunner to pen the Netflix adaptation and director to helm the series. Stay tuned.