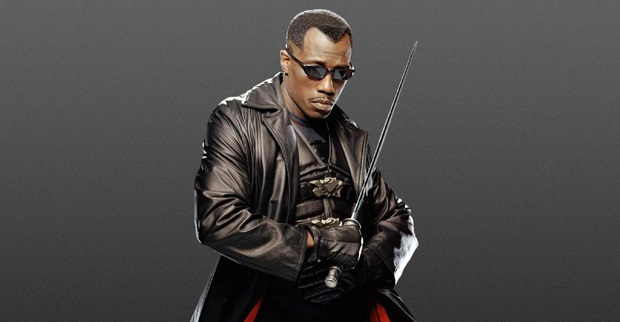 Since martial arts veteran Wesley Snipes (The Expendables 3) will not be returning for Marvel Studios’ upcoming Blade reboot, he is now planning to develop his own supernatural action thriller codenamed Blade-Killer.

While speaking to IndieWire, Snipes discussed the original Blade and his new project stating, “We were white belts then, wait until you see now what we do as black belts. We going to smoke all of the ‘Blade’ stuff. It’s what we call our ‘Blade’-killer, our ‘Blade’ on steroids. And we set our character in the world of shape-shifters and a little bit of time travel. But the action is going to be…Well, we did white belt action in ‘Blade.’ Now we’re going to do black belt action.”

“It’s wonderful what we did [on ‘Blade’], but, brother, we’re so much better than we were then. So much better now than we were then. Yes, indeed. And we’ve got more tools. Some of the things that were innovated in the ‘Blade’ franchise in the first film are now standard in the Marvel universe and all of these other action movies. And the technology allows them to do a lot of things we couldn’t do then. Now give us the technology, and we’ve already got the skills and the flavor. It’s popping, baby!” added Snipes.