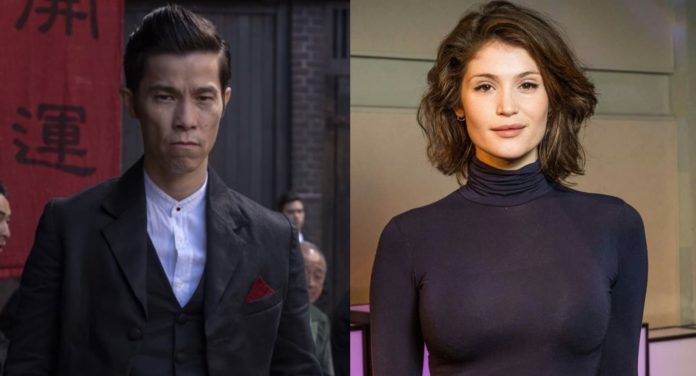 Jason Tobin (Cinemax’s Warrior) and Gemma Arterton (The King’s Man) are set to team-up for Enter the Dragons. Before you start screaming with disgust, no this is NOT a remake of Bruce Lee’s classic Enter the Dragon.

This original action comedy is directed by Oscar nominee Marjane Satrapi (Radioactive) and is set in a “small English town of Coalshaw in 1979, the film follows Gloria Grimshaw (Arterton). The most she can hope for from life is selling cosmetics and having a baby, but when the close-knit community of women come under threat, Gloria is forced to defend herself – by learning martial arts from Hao (Tobin) at the Chinese takeaway. As Gloria begins to take control of her life, her friends notice this transformation and want to join in. Soon women of all ages are learning to fight together with Gloria and Hao, becoming the ‘Coalshaw Dragons’ and using their new skills to stand up to the men in their lives.”

Enter the Dragons is written by Joy Wilkinson (Doctor Who) with Arterton also serving as producer alongside Jessica Malik and Jessica Parker via Rebel Park Productions with Cassandra Sigsgaard of Jeva Films.