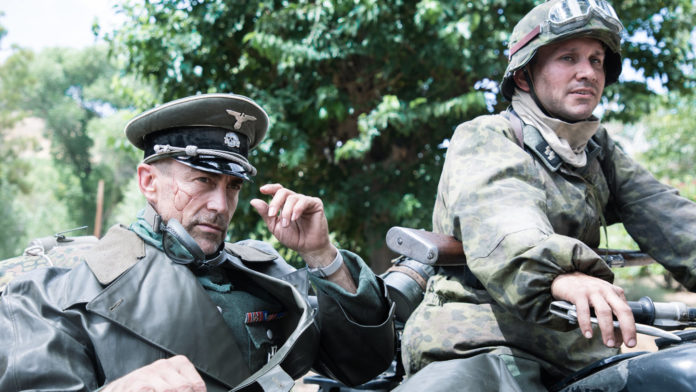 From director Jesse V. Johnson (Triple Threat) comes the WWII dramatic thriller Hell Hath No Fury. The film stars Nina Bergman (Doom: Annihilation, Assassin X, video game Call of Duty: Black Ops 4) as a woman who single-handedly takes on the might of the German war machine, a ragtag unit of US infantrymen, and the likes of the French resistance as each faction searches for a cache of gold stolen by the Nazis.

“Hell Hath No Fury was made to celebrate complex acts of resistance by so many women that have gone unheralded and unwritten about for far, far too long. While the character of Marie DuJardin was actually influenced by several women who did incredible things during WW2—including my grandmother, Anne Armstrong (British Army, 1941-1943)—the film portrays the spirit of these women and the complexity of their circumstances through the vehicle of a fully fictional narrative,” said director Johnson.