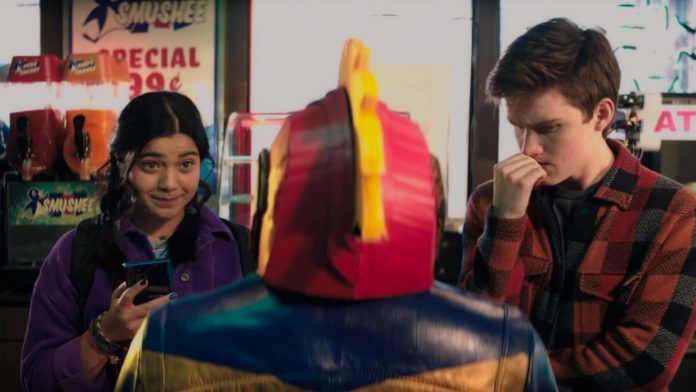 Synopsis: Marvel Studios’ “Ms. Marvel” is a new, original series that introduces Kamala Khan, a Muslim American teenager growing up in Jersey City. An avid gamer and a voracious fan-fiction scribe, Kamala is a Super Hero mega fan with an oversized imagination—particularly when it comes to Captain Marvel. Yet Kamala feels like she doesn’t fit in at school and sometimes even at home—that is, until she gets super powers like the heroes she’s always looked up to. Life gets better with super powers, right?

The Disney+ series also stars Matt Lindt as Khan’s best friend Bruno, Zenobia Shroff as her mother Muneeba, Mohan Kapur as her father Yusuf, Saagar Shaikh as her brother Ami, and Aramis Knight as Kareem, aka the Red Dagger.

The six-episode series is set to premiere on June 8th.