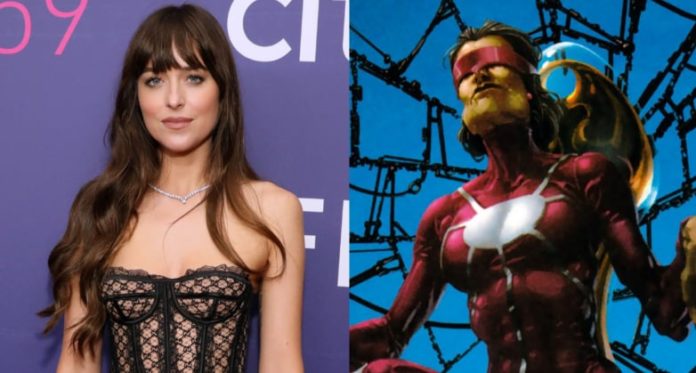 Sony Pictures has found its leading lady in Dakota Johnson (Fifty Shades of Grey) for the Spider-Man spinoff Madame Web.

S.J. Clarkson (The Defenders) is set to direct the film from a screenplay by Matt Sazama and Burk Sharpless.

For those unfamiliar with the character, Madame Web is an elderly woman with myasthenia gravis and thus was connected to a life support system that looked like a spider web. Due to her psychic sensory powers, reports says she may essentially be Sony’s version of Doctor Strange.