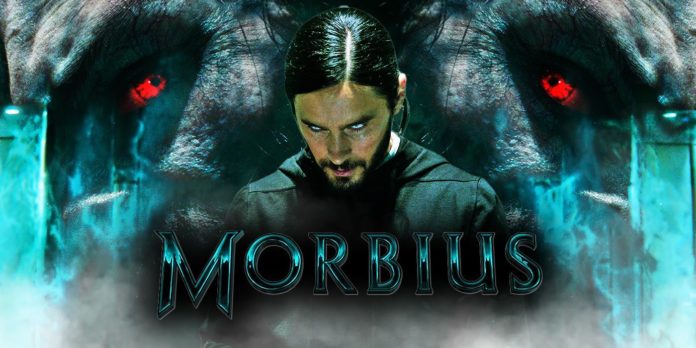 After numerous setbacks, Daniel Espinosa’s Morbius has finally arrived. The big question is, does it live up to expectations? Well, it actually does. Let’s be honest, was anyone really expecting this to be a success? Morbius is just one more lacklustre Sony/Marvel production, just the next in a row of disappointing features after their two Venom movies.

Like the Venom films, Morbius is another entry into Sony’s Spider-Man Universe, the SSU to those uninitiated. You know, the Spider-Man franchise Sony has tried to build without actually including Spider-Man as a character. Some may be confused thinking of the recent Spider-Man: No Way Home (2021) which focused on more than one Spider-Man, with three showing up. But while Sony was involved in that film’s production it was essentially a Marvel Studios production hence the higher level of quality in comparison to any of Sony’s recent Marvel related content.

We are first introduced to a young Michael Morbius (Charlie Shotwell) in a hospital in Greece. Also at the hospital is his friend Lucien (Joseph Esson) who Michael renames Milo, because of course this is what all friends do. I’m forever renaming my friends.

Michael and Milo become close due to the two of them having rare blood disorders, with them both wishing to be “normal”. They are cared for by Doctor Nicholas (Jared Harris) who becomes both Michael and Milo’s surrogate father. Doctor Nicholas decides that Micheal should travel to New York in order to attend Medical school while he cares for Milo.

Flash forward 25 years and Michael has become the extremely frail looking Jared Leto (the 50 year old actor playing someone 15 years younger) who is working to try and cure his condition. His colleague/girlfriend Martine Bancroft (Adria Arjona) finds out that Michael has managed to capture numerous vampire bats from Costa-Rica. He hopes to splice his DNA with theirs which he thinks will cure him.

Micheal hires a ship which he outfits with his equipment for his experiment. Miraculously his experiment works, curing his condition. However it comes with some undesired side effects, essentially turning Michael into a vampire. Unable to control his blood lust he ends up killing the crew of the ship who are terrified of him and end up attacking him out of fear.

Covering up what happened Michael makes his way back to New York. As well as an incredible blood lust, Michael discovers he has superhuman reflexes, strength and speed. It isn’t long until Milo realizes that Michael has been cured, with him becoming angry when Michael won’t share his “cure” with him.

From there more vampiric style murders happen, with Michael believing he carried them out although the truth may be more shocking with Michael having to face off against an enemy closer to home.

Now, I wasn’t expecting something of the quality of No Way Home, with Morbius only costing a fraction of that film’s budget. Still, a lower budget doesn’t necessarily equate to a poor film (I must add that I find it funny in this day and age that a film with a reportedly $80 million budget could be classed as low budget). Many quality comic book movies have had even lower budget than Morbius, with some of them being recognized as classics of the genre.

I’m not sure how much of the blame should be laid at director Daniel Espinosa’s feet. He has shown with his past work to at least have a good handle with character and action, with the best examples of his work being crime thriller Snabba Cash (2010) and the underrated Safe House (2012).

Sadly, the skills he showed previously seem to have eluded him here, with the performances ranging in quality and the action scenes being unforgivably poor. Like in Espinosa’s Safe House, the action incorporates the dreaded shaky cam. While in that film it wasn’t overly intrusive with the audience still able to gauge what was happening, the action is so poorly shot in Morbius that it became nigh on impossible in certain scenes to ascertain what is happening. The inclusion of some decidedly sub par CGI certainly didn’t help matters.

It also doesn’t help that a great deal of the film is set in darkness (it is a vampire movie after all) that when coupled with the poor camera work just robs the film of any impact the action could have had. At first I thought it may have been how it was projected in my theatre but going by other reviews online I’m not the only person to complain about this.

Clocking in at a mere 100 minutes, Espinosa at least keeps things moving at a decent pace although the film does seem in a rush to get to the end, something I felt the Venom movies were also guilty of. I’m not saying that the quality of a film is based on its length, but there is quite a lot going on here which means that certain characters and plot points fall by the wayside, with them not being given the relevant focus to make an impression.

Saying that, the main plot of Morbius is faithful enough to his comic book counterpart, with his origin story mostly being intact. With Morbius being one of Marvel’s lesser known characters I did expect the filmmakers to considerably move away from the source material. Of course like any comic book movie there are some changes which is a given.

Even so, that isn’t to say what ultimately made it to screen is of a high quality. Sure, the origin story is taken from the comics but how this is developed in the film doesn’t make for the most exciting experience, with the poorly written dialogue not helping matters.

I wasn’t instantly aware of screenwriters Matt Sazama and Burk Sharpless although upon checking I noted they had previous experience with the vampire genre, having written Dracula Untold (2014), and we all know how that fared. To be fair, I actually didn’t mind that film even if it had a number of issues, some of which are similar to Morbius.

They also wrote the fantasy actioner The Last Witch Hunter (2015) which was yet another failure although I would have been thankful if Morbius was even half as good as that film.

Now some actors are able to rise above the limitations of a poor script and still give a noteworthy performance, while there are those who cannot.

With Jared Leto, he has shown in the past he is capable of putting in an award worthy performance. However recently he seems to only have two modes, either over the top or bland. It would seem it depends on the film which mode he will use.

Unfortunately for Morbius it’s the latter he brings, with this being one of his blandest and uninteresting performances to date. Now some may say that his performance as the Joker could be classified as his poorest, but at least there he was trying albeit unsuccessfully.

Here Leto is painfully serious. I know that the character is stricken with a terrible affliction, but Leto is painfully serious throughout that it becomes a struggle to even care. At least Leto gets the appearance of his character right. Physically, he looks great. From a visual standpoint he makes for a perfect Morbius, if only his acting matched the work he put in at the gym he could have been on to a winner.

At the other end of the spectrum is Matt Smith’s OTT villain. The former Doctor Who is having terrific fun as the evil Milo and easily runs away with any acting honours the film may have. I thought more could have been made of the relationship between Morbius and Milo with the fact these two were friends giving their confrontation a somewhat tragic nature. Sadly, not more was done with this area, as this could have raised things above simply routine.

The remainder of the cast are mostly wasted. Jared Harris is without a doubt the finest actor in the cast but he isn’t given a great deal to do. Still he manages to add a bit of class and raises his part above what’s in the script.

The same can’t be said of Tyrese Gibson who is unable to do anything with his part, with his character boiling down to an underused comic relief that is surplus to requirements. Sure, Tyrese’s acting is never going to set the world on fire but he’s always a likeable presence and it just seems strange to waste him in such a way. At least he got more to do here than his recent role in Dangerous (2021), although that wouldn’t be hard.

Like any Marvel film, make sure to stay past the closing credits where the filmmakers desperately try to keep the audience interested by teasing further adventures in the Spiderverse. I won’t spoil what these are, but to be honest if you have seen the trailers you’ve already seen some of these scenes.

Some unassuming viewers may get a modicum of enjoyment from Morbius. I am just disappointed I wasn’t one of them. Even with lowered expectations I struggled to be entertained. As mentioned, Sony has further movies planned for their SSU. I just hope they are of a higher quality than Morbius.