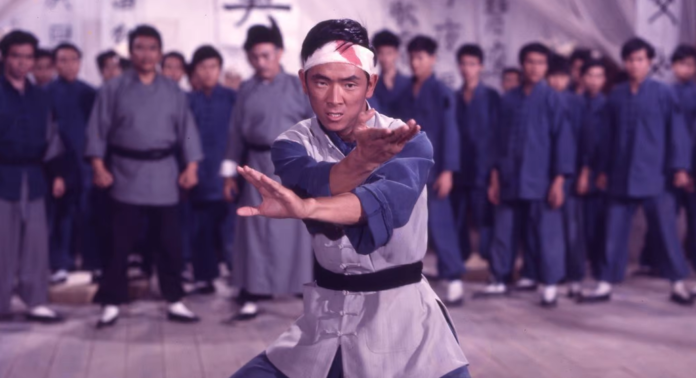 The wuxia superstar was best known for his Shaw Brothers hits such as The One-Armed Swordsman (1967) and The Chinese Boxer (1970).

After a conflict with Shaw Brothers, he broke his contract in the late 70’s and started working with Taiwanese productions as well as Hong Kong’s Golden Harvest.

Yu kept a low profile after appearing in several movies in the early 90’s such as Shogun & Little Kitchen in 1992 where he played Leon Lai’s father.

In 2002, footages from his 1978 film, Tiger and Crane Fists were used to produce the action-comedy film, Kung Pow! Enter the Fist. Hollywood actor Steve Oedekerk (Thumb Wars) removed Yu’s face and replaced it with his own using CGI, redubbing the entire movie with a new storyline.

He suffered a stroke in 2011 and was able to regain some strength through physical therapy.

He came back to acting shortly where he played The Master in Wu Xia (2011), starring Donnie Yen (Raging Fire) and made a final appearance in the 2013 film, Soul.

He was also a friend of martial arts icon Bruce Lee (Enter the Dragon) and has worked with Jackie Chan (Vanguard) in several films such as Fantasy Mission Force (1983) and Island of Fire (1990).

Chan posted a tribute photo on his Facebook page and wrote, “Another martial arts hero has left us…. The contributions you’ve made to kung fu movies, and the support and wisdom you’ve given to the younger generations will always be remembered in the industry.”