UPDATE: NEW U.S. Trailer! Look out for the U.S. DVD and Blu-Ray release of VENGEANCE OF AN ASSASSIN by WELL GO USA on April 14th!

The man who was responsible for choreographing all the flying knees and elbows that made Thai action star TONY JAA a household name in ONG BAK and TOM YUM GOONG, PANNA RITTIKRAI last directorial effort before he passed away earlier this year have finally gotten a trailer!

VENGEANCE OF AN ASSASSIN stars Rittikrai’s former leading man DAN CHUPONG from 2004’s ‘Born To Fight’ and features some of the most jaw-dropping stunts and fight scenes ever put on-screen in some time! 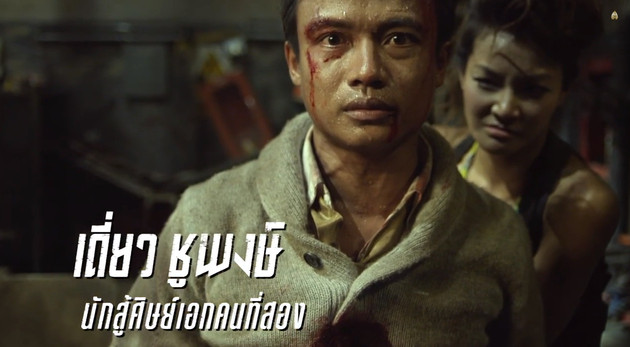 Of course, obviously there are a few CGI-assisted stunts that is physically impossible to do, but DAMN are they INSANE! Looks like Rittikrai is definitely going out with a BANG! He will be truly missed by all action fans around the world.

SYNOPSIS: Being an assassin has its rules – always keep your eyes on your target, be strict on your mission, execute without any hesitation and there is no room for negotiation. Each killer has his own background, but all of them have trade in their blood and losses. For Natee, his only reason in becoming an assassin and leaving behind his brother and his uncle is to find the truth about his parents’ death. It is the issue that he has always doubted and felt that uncle Thanom was hiding something from him. While protecting Ploy, a niece of a local business man from a group of assassins, he was asked to kill the girl instead.

The film is set to hit Thai cinemas on November 13th!