I was lucky enough to attend the ARROW and THE FLASH presentation at PaleyFest in Hollywood two days ago to hear the casts give some insights on what to expect for the future of the two shows. First up was the ‘Arrow’ panel. You can view the full presentation below. 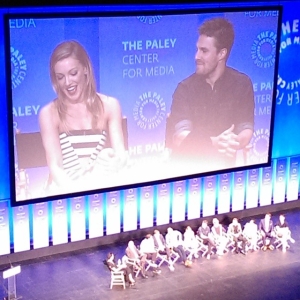 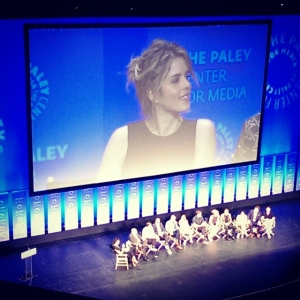 Some of the main plot points that fans should be looking forward to are:

– Ra’s Al Ghul attempt to fulfill a prophecy of having Oliver replace him as the rightful leader of the League Of Assassins.
– Ray Palmer aka A.T.O.M will test his skills at being a superhero.
– Diggle’s return to Amanda Waller’s ‘Suicide Squad.’

Check out the action-packed sizzle reel for ‘Arrow’ below!

As for THE FLASH panel, there is definitely a lot of surprises in stores for fans. 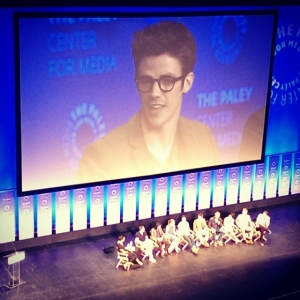 – More characters from ‘Arrow’ will be popping up in Central City.
– The identity and motive of the Reverse-Flash will be revealed.
– Time travel will be a big element in upcoming episodes.
– Expect a shocking twist involving Detective Eddie Thawne.
– Wally West may be introduced in Season 2.

Here is the exciting sizzle reel for ‘The Flash’!

Both ‘Arrow’ and ‘The Flash’ will be returning this week on the CW!