UPDATE: The marvelous Trailer #2 is here!

UPDATE: The stars of AVENGERS: INFINITY WAR graces the covers of ENTERTAINMENT WEEKLY!

UPDATE: Fans around the world will get to see AVENGERS: INFINITY WAR one week earlier as the latest Poster revealed the new release date set for April 27th! 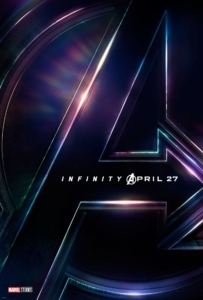 UPDATE: Check out the exclusive D23 Expo Poster featuring JOSH BROLIN as ‘Thanos’ and the FIRST Trailer below! 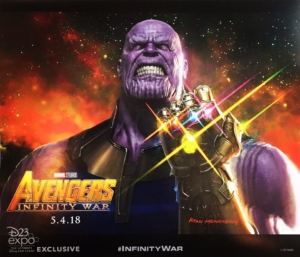 UPDATE: Directing duo THE RUSSO BROTHERS (Captain America: The Winter Soldier) have been confirmed by Badass Digest to take over for Joss Whedon (Avengers: Age Of Ultron) on AVENGERS: INFINITY WAR PART 1 and 2!

The pair will shoot the two part epic back-to-back in 2016 and 2017 once they wrap up CAPTAIN AMERICA: CIVIL WAR.

UPDATE: With the recent announcement of SPIDER-MAN joining the MARVEL CINEMATIC UNIVERSE and a new ‘Spider-Man’ film due out on July 28, 2017, a few Marvel films have shifted its release dates: