UPDATE: Check out the Trailer for JARHEAD 3: THE SIEGE below! The international release is set for February. 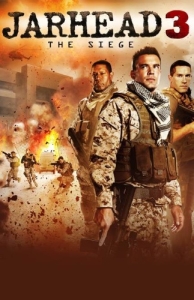 UPDATE: According to SCOTT ADKINS OFFICIAL WEBSITE, production have wrapped on JARHEAD: THE SIEGE! Check out the on-set image below. 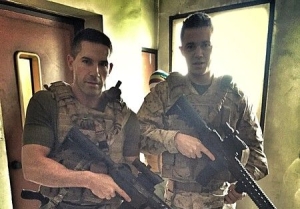 SYNOPSIS: Corporal Evan Albright (Charlie Weber) joined the elite Marine Corp Security Guards to save the world and see some action—not necessarily in that order. But his first assignment, protecting a U.S. Embassy in a seemingly safe Middle Eastern capitol, relegates his unit to wrangling “gate groupies” protesting outside the compound and honing their marksmanship by playing video games. So Albright and his team are caught off guard when well-armed and well-trained militants launch a surprise attack aimed at killing an informant in the embassy. Heavily out-gunned, they will have to muster all the courage and firepower they can as their once routine assignment spirals into all-out war.

The film will be directed by WILLIAM KAUFMAN (One In The Chamber) and written by CHAD LAW (6 Bullets) and MICHAEL WEISS.

Starring alongside Adkins are CHARLIE WEBER (How To Get Away With Murder), DANTE BASCO (Hook), ROMEO MILLER (son of rapper Master P) and SASHA ELISE JACKSON.

The plot follows “a group of Marines who must protect a US Embassy in the Middle East when it suddenly comes under attack from enemy forces.”