For all the U.S. fans holding your breath to finally see director TEDDY CHEN’s KUNG FU KILLER (aka KUNG FU JUNGLE) starring martial arts superstar DONNIE YEN on the big screen, you can breath now! WELL GO USA will be releasing the action-packed film in the U.S. on April 24th in select theaters.

Check out the U.S. trailer below!

SYNOPSIS: A vicious serial killer is targeting top martial arts masters, and convicted criminal and kung-fu master Hahou (Donnie Yen) is the only one with the skills to stop him. Released from jail and into police custody, they soon have their doubts about Hahou’s true allegiance after a series of mysterious events. Hunted by an unstoppable killer (Wang Baoqiang) and the entire police force, Hahou finds himself on his own, leading to a final battle you have to see to believe in this action-packed, kung fu crime thriller from director Teddy Chen (Bodyguards & Assassins, The Accidental Spy). 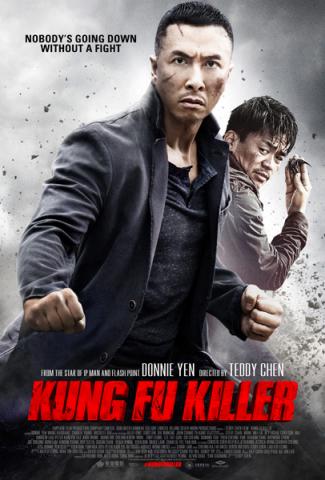 Tickets, locations, and showtime info can be found HERE.