UPDATE: The FINAL TRAILER is here!

UPDATE: Check out the latest Poster featuring the FIRST look at the ‘Punisher’ and ‘Elektra’ in full costume (above)!

UPDATE: Take a FIRST look at ELODIE YUNG as ‘Elektra’ in the promo image and clip below! 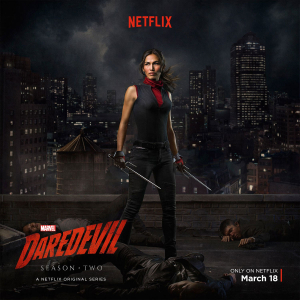 UPDATE: As we all know, one of the highlight of season 1 was the awesome realistic “hallway” fight scene that was shot in one single take. Lead actor CHARLIE COX recently spoke about season 2 and how it will top that particular scene:

“Because it [the first season hallway fight] was shot in one [take], when we were shooting it – and my stunt double [Chris Brewster] did much more of it than I did – everyone was so tired. There was periods of time in the fight there were moments when he was leaning against the wall. That’s something people forget to do when they edit a fight scene. That’s what made it so real for me. If you get in a fight, that’s what it’s like.

In terms of this [second] season, there are a number of really good fights. There is one in particular that I’m really excited about because it’s kind of like an homage to that scene, but it’s almost like that scene on crack.”

“I think once you introduce a character like Frank Castle, once you introduce a character like Elektra, the stakes are raised a little bit in terms of the fighting. All of the sudden you’re talking about weapons. Different questions are being brought up. I think what is the genius of Phil Silvera, the fight coordinator and stunt coordinator who choreographs these fights, is the fights are all character-driven and the fights tell a story. It’s not just to look pretty or to look cool.”

DAREDEVIL Season 2 is set to debut on Netflix March 18th.

UPDATE: The official Teaser Trailer and Poster have been released! 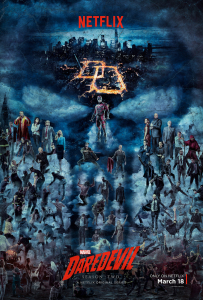 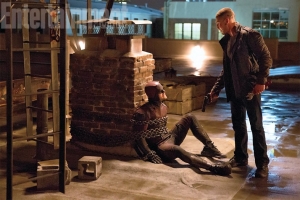 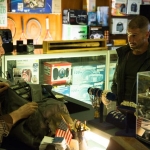 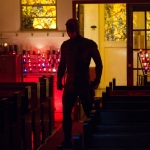 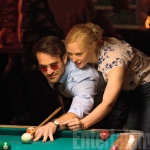 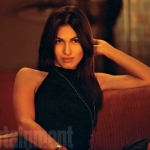 Best known for her roles in such action films as ‘District 13: Ultimatum’ and ‘G.I. Joe: Retaliation’, ELODIE YUNG have been called upon to play the sai wielding anti-hero ‘Elektra’ for season 2 of Marvel’s DAREDEVIL! 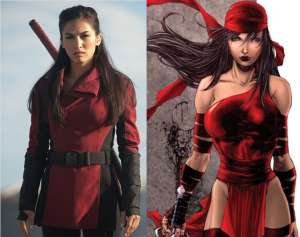 She will be joining the previously announced JON BERNTHAL (TV’s Walking Dead) as ‘The Punisher’, who is expected the be the main antagonist to CHARLIE COX’s ‘Daredevil’ in the upcoming season. 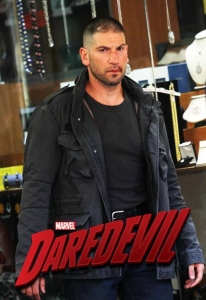 JEPH LOED, Executive Producer and Head Of Marvel Television, stated: “After a worldwide search, we found in Elodie the perfect actress to embody both Elektra’s impressive and deadly physicality, as well as her psychological complexity. Paired with Charlie as Matt Murdock, the two will bring one of the most beloved and tumultuous comic book relationships to life with all the accompanying sparks and spectacular action sequences the show is known for.”

Season 2 is currently filming and will be available on Netflix in 2016.