UPDATE: Check out the new Poster above!

UPDATE: Have a look at the action-packed FULL trailer for LONDON HAS FALLEN!

UPDATE: The release date have been pushed back once again to March 4th, 2016.

UPDATE: The release date for LONDON HAS FALLEN have been delayed till January 22, 2016. 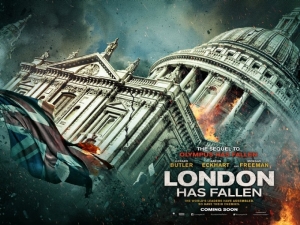 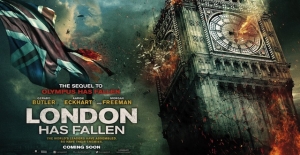 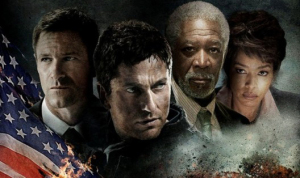 SYNOPSIS: The story begins in London, where the British Prime Minister has died in mysterious circumstances. His funeral is a must-attend event for leaders of the western world. But what starts out as the most protected event on Earth turns into a deadly plot to kill the world’s most powerful leaders, devastate every known landmark in the British capital, and unleash a terrifying vision of the future. Only three people have any hope of stopping it: the President of the United States, his formidable Secret Service head (Butler), and an English MI-6 agent who rightly trusts no one.

Original director ANTOINE FUQUA will not be returning this time around and will hand over directing duties to BABAK NAJAFI (Easy Money II: Hard to Kill).

Last year’s surprise hit ‘Olympus Has Fallen’ starring GERALD BUTLER, AARON ECKHART, and MORGAN FREEMAN, will be getting a sequel set to be release on October 2, 2015. The sequel will be called LONDON HAS FALLEN with all the terrorist mayhem taking place in London this time with an attack on the city during the funeral of the British prime minister, who has died under mysterious circumstances. Butler will reprise his role as a U.S. Secret Service agent.

The original was actually decent, blowing away fellow “Die Hard in the White House” flick ‘White House Down’ at the box office despite having a much smaller budget. The film was fun, violent, and features Butler in his most kick-ass role since ‘300’. This sequel definitely have potential to successfully give Butler his own ‘Die Hard’-type franchise.