BAYWATCH splashes into theaters in May 2017. 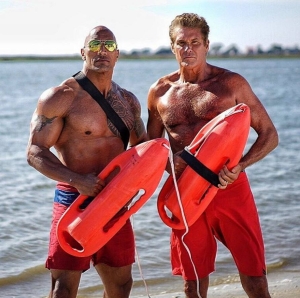 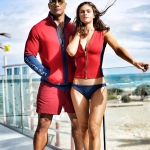 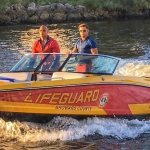 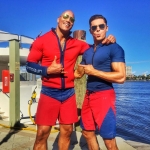 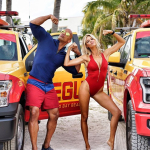 According to VARIETY action superstar DWAYNE ‘THE ROCK’ JOHNSON will be taking his muscles to the beach in the big-screen adaptation of the hit TV show BAYWATCH!

Paramount Studios is planning to go in a more comedic route for film and have hired SETH GORDON to direct. Gordon is best known for his R-rated comedy hits ‘Horrible Bosses’ and ‘Identity Theft’.

With a handful of other upcoming projects including the ‘Big Trouble In Little China’ reboot, ‘Rampage’, ‘Furious 8’, ‘G.I. Joe 3’, DC’s ‘Shazam’, and the currently in production action-comedy ‘Central Intelligence’ with funnyman Kevin Hart, it does not like ‘The Rock’ will be slowing down anytime soon.

There is currently no plot details for ‘Baywatch’, but lets just assume it will involve somebody drowning and ‘The Rock’ saving them…in slow-mo. (Crossing my fingers for a cameo appearance from ‘The Hoff’ and Pamela Anderson!)