UPDATE: Director JUSTIN LIN kicks up the action in the FIRST Trailer for STAR TREK BEYOND!

The two previously worked together on ‘Fast 6’ with Taslim set to bring the same martial arts badassery to the ‘Star Trek’ franchise. There is currently no details on his role besides the fact that it will be a key part alongside the film’s main villain played by IDRIS ELBA (Thor). 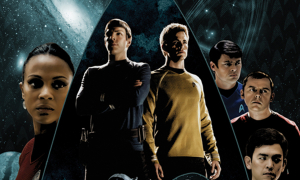 ‘Star Trek Beyond’ opens in theaters next summer on July 8th, 2016.