Filmmaker Kellie Madison- who just recently helmed the Open Road Films psychological thriller, The Tank, about six candidates who get locked inside of a Mars simulation tank that ends in disaster- has just released a proof of concept short for a feature film called The Gate. The short film starring- Amy Johnston (Captain America: The Winter Soldier) and Cecep Arif Rahman (The Raid 2)- reveals a violent battle between martial arts master turned superhero and her equally matched rival over the pathway to ultimate power known as The Gate. The goal for the short, much like the planned feature, is to unite a kickass American female lead with the amazing Indonesian martial artists who specialize in Pencak Silat (The same fighting style seen in The Raid movies), entertaining both American and international audiences alike. Madison is looking for the right Producer/Financier, possibly even an Indonesian co-production, to bring her vision to the screen.

UPDATE: Have a look at the explosive TEASER for THE GATE below! 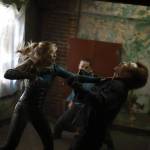 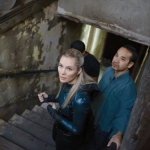 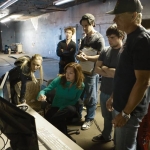 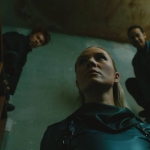 A NEW Indiegogo 15-Day Campaign have been launched to raise extra funds. Please go DONATE (click HERE) what you can to help director KELLIE MADISON finish this badass project!

SYNOPSIS: CASSIE WESTON (played by Amy Johnston) is a world champion MMA fighter and master of the ancient Indonesian martial art form- PENCAK SILAT. When possessed by an angelic force, Cassie gains extraordinary abilities that she uses to fight crime in New Orleans as a super heroine and avenge her mother’s tragic death.

The series chronicles Cassie’s childhood days when her and her sister, Kate, are forced to the streets after a Haitian Voodoo Cult Leader sells their drug addicted mother into sex slavery and her mother dies tragically. Cassie then makes it her life’s mission to become a vigilante crime-fighter to rid the world of the evil that killed her mother. When Indonesian crime lord, EKO KUWAT- aka RAFAEL (played by Cecep Arif Rahman – The Raid 2) gets word of her bestowed angelic powers, he quick becomes Cassie’s worst enemy.

Fight stunt team EMC MONKEYS is also involved with the project which just adds another BADASS reason to help get THE GATE greenlit!

According to CITY ON FIRE an epic new martial arts TV series called THE GATE is in development that will bring together CECEP ARIF RAHMAN (The Raid 2) and martial artist/stunt-woman AMY JOHNSTON (Lady Bloodfight)!

KELLIE MADISON (The Tank) will be directing and producing the series which follows the “tale of an angel that comes into her power to battle against the forces of darkness.”

Not much details is known about the series besides the fact that it will involve two world class martial arts performers in Johnston and Rahman.

Johnston is best known for being the stunt double for Scarlett Johansson in the blockbuster hit ‘Captain America: The Winter Soldier’. Her skills as a stunt performer can also be seen in next year’s ‘Deadpool’. Best of all, she finally gets to truly shine IN FRONT of the camera as the lead in the female version of ‘Bloodsport’ called ‘Lady Bloodfight’ currently in post-production.

With Johnston hooking up with Rahman, the action in ‘The Gate’ is guaranteed to be off the charts.