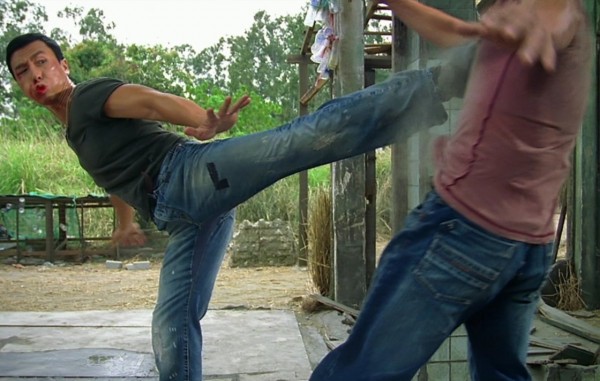 UPDATE: Looks like the project in question is NOT ‘Flashpoint 2’ after all. The film is actually a brand new project called BIG BROTHER.

Guess we have to wait a bit longer for that sequel.

UPDATE: More than a year after confirming to us that FLASHPOINT 2 is in the works, could DONNIE YEN have secretly started production on the film?!

After a full decade the ‘Flashpoint’ crew is back including co-star RAY LUI and long time fight/stunt collaborator KENJI TANIGAKI. As you can see in the caption above, Donnie did not officially announce that this is indeed ‘Flashpoint 2’. It may be a fresh new film with the same crew as ‘Flashpoint’. So please stay tuned for confirmation.

(January 21, 2016) MAAC was fortunate enough to attend a press interview (thanks to ASIAN MOVIE PULSE) for IP MAN 3 yesterday and we asked DONNIE YEN the following:

MAAC: “Since you were unable to do SPL 2, do you have any plans to do a sequel to any of your other popular contemporary action flicks? Perhaps a follow-up to FLASHPOINT?”

DONNIE YEN: “Yes. I will be producing FLASHPOINT 2.”

That is it. He kept it simple and assured us that ‘Flashpoint 2’ is indeed happening! This is huge considering ‘Flashpoint’ is a fan-favorite that contain one of the BEST fight scenes to ever grace the screen featuring Yen vs Collin Chou.

Watch the video below as a little reminder.