UPDATE: Check out another new character poster featuring EVA GREEN below, which was banned by the MPAA for being too ‘sexy’. Do you think the ban is justified? 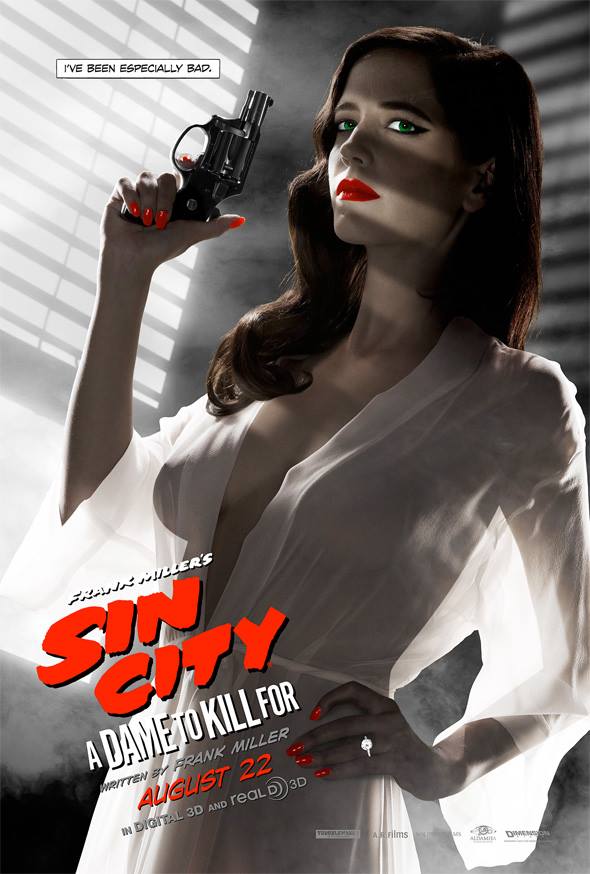 SIN CITY: A DAME TO KILL FOR, the sequel to the 2005 hit adaptation of FRANK MILLER’s graphic novel. is co-directed by Frank Miller himself and ROBERT RODRIGUEZ (Desperado, Machete). The plot weaves “together two of Miller’s classic stories with new tales, the town’s most hard boiled citizens cross paths with some of its more notorious inhabitants.”