Director ZACK SNYDER’S sequel to ‘Man Of Steel’ will officially be called BATMAN V SUPERMAN: DAWN OF JUSTICE! The awesome new logo for the film was also release (above).

Principal photography will take place on location at Michigan Motion Picture Studios and on location in and around Detroit, Michigan; Illinois; Africa; and the South Pacific.

Following the reveal of the Batsuit a few days ago via Twitter by Zack Snyder, KEVIN SMITH (who is good friend of Ben Affleck) also confirmed the color of the suit:

“So what the suit looks like, and I was always kind of keeping it quiet until they revealed it, but they’ve revealed it. And you can kind of see, and anybody that… you’ve seen some people take the picture and color it online. If you want to see what this suit looks like, you just go to Frank Miller’s The Dark Knight Returns, go to the third book, Hunt the Dark Knight (image below)… it’s the exact outfit he’s wearing. That’s why I hugged that guy all those months ago.” 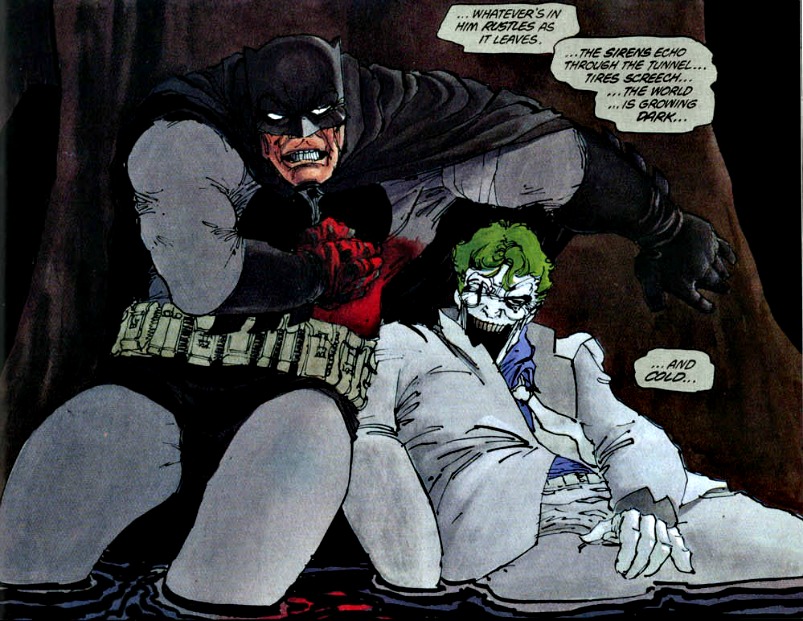 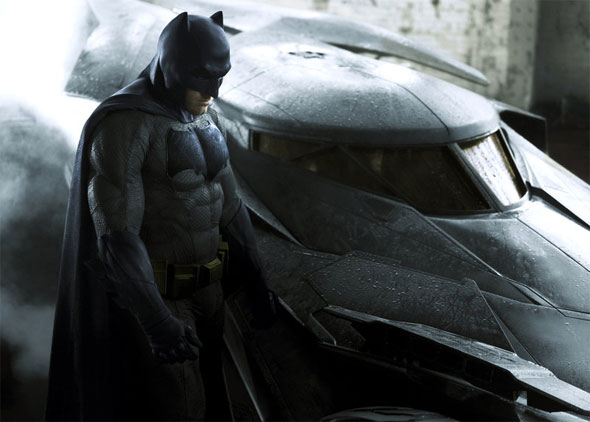 (Original photo was in black and white. This is a fan colorization of what the Batsuit may look like.)

What do you guys think of the new title and logo? Could ‘Dawn of JUSTICE’ be a play on words on the formation of the JUSTICE League? Let us know what you think below!

UPDATE: A NEW image of BEN AFFLECK as ‘Batman’ have been revealed at the San Diego Comic-Con! 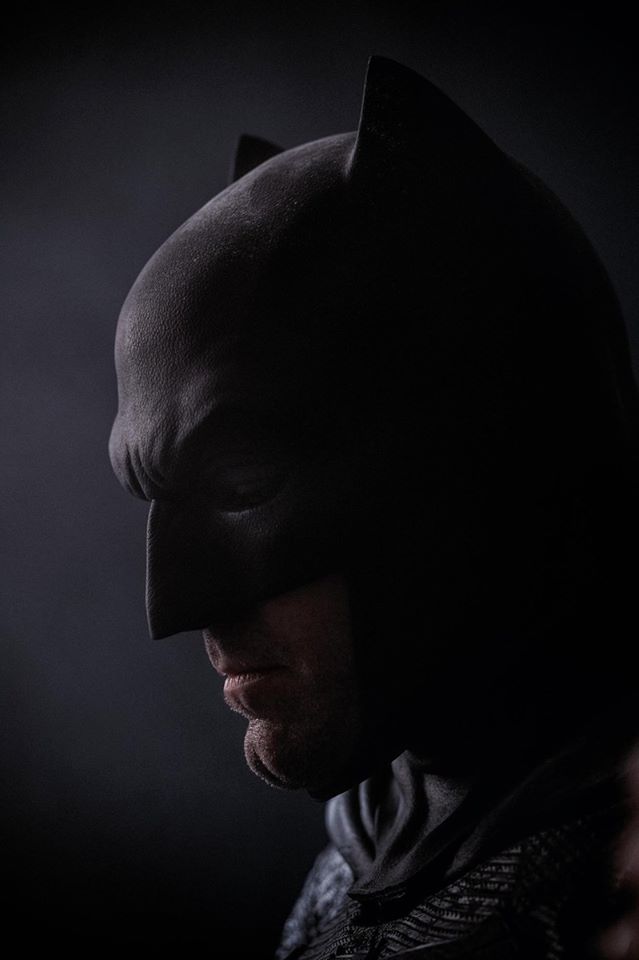