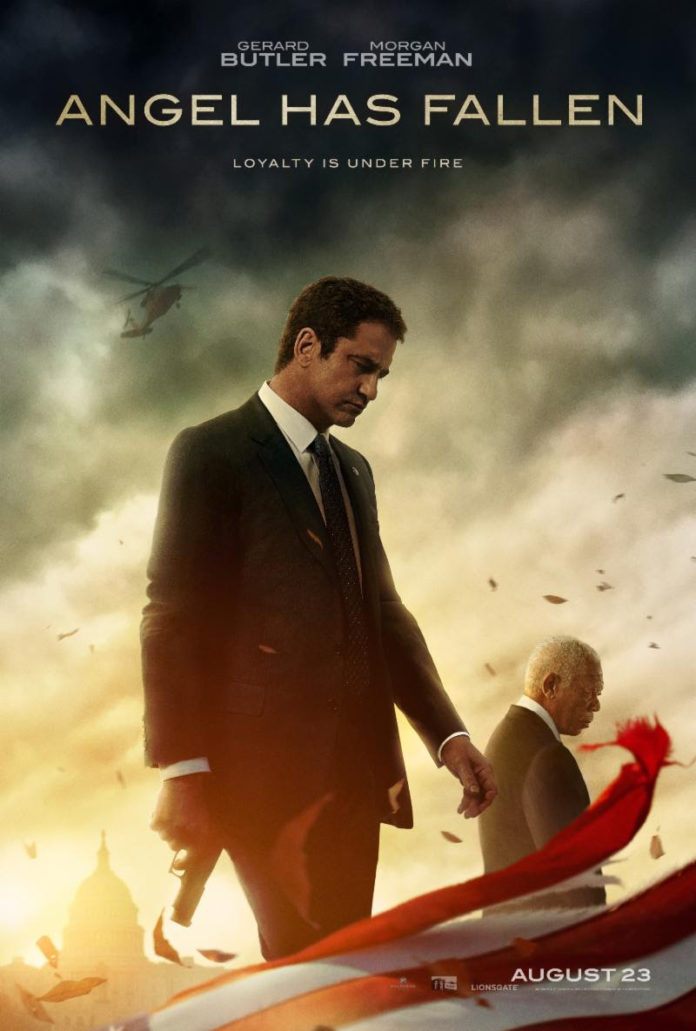 UPDATE: Have a look at Trailer #2 along with the character Posters below!

UPDATE: Check out the international Trailer below!

SYNOPSIS: When there is an assassination attempt on U.S. President Allan Trumbull (Morgan Freeman), his trusted confidant, Secret Service Agent Mike Banning (Gerard Butler), is wrongfully accused and taken into custody. After escaping from capture, he becomes a man on the run and must evade his own agency and outsmart the FBI in order to find the real threat to the President. Desperate to uncover the truth, Banning turns to unlikely allies to help clear his name, keep his family from harm and save the country from imminent danger.

UPDATE: Producer and star Gerard Butler revealed to Entertainment Weekly that they are taking the franchise in a new direction with Angel Has Fallen:

“We could have just made Tokyo Has Fallen and people would have had a blast, but what else would we have been saying? I’m not just going to turn up; we had to take this in a new direction… It’s the same man in the same position, but it’s a much deeper, darker journey. There’s still huge set pieces and we made sure not to disappoint the fans of the first two, but you’re really inside this character, watching him try to get his sh— together.”

UPDATE: Check out the Teaser Poster below!

A follow-up to ‘Olympus Has Fallen’ and this year’s ‘London Has Fallen’, GERARD BUTLER (300) is set to return once again as Secret Service agent ‘Mike Banning’ to cap off the trilogy in ANGEL HAS FALLEN.

This time it looks like ‘Banning’ himself is the target. But in harm’s way once again is the President, who’s plane Air Force One code-named ‘Angel’ is caught in the crossfire.

Butler will star and produce along with franchise creators CREIGHTON ROTHENBERGER and KATRIN BENEDIKT returning to write the script.