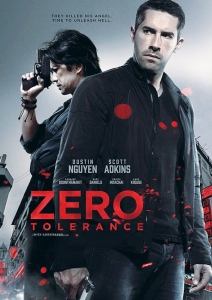 UPDATE: ZERO TOLERANCE will be opening in the UK on September 1st, 2015! 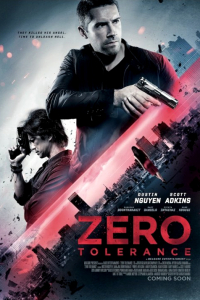 ZERO TOLERANCE directed by WYCH KAOSAYANANDA (Ballistic: Ecks Vs Sever) and starring DUSTIN NGUYEN (The Rebel, Once Upon A Time In Vietnam) was originally release in Vietnam under the name ANGELS back in 2012. 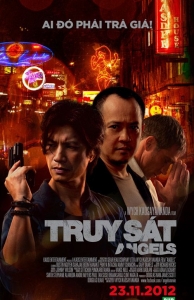 The film underwent a major facelift with re-shoots and re-edit by adding the martial arts duo from ‘Ninja 2: Shadow Of A Tear’ SCOTT ADKINS and KANE KOSUGI to the cast to make it more appealing to the world wide market. Obviously by being added late in the game, both Adkins and Kosugi is not expected to have major lead roles. GARY DANIELS (Skin Traffik) and SAHAJAK BOONTHANAKIT (Only God Forgives) also co-stars.

‘Zero Tolerance’ tell the story of former special forces officer turned mercenary (Dustin Nguyen) on a mission for revenge after his daughter turns up floating dead in a Bangkok canal.

Expect a release sometime later this year. Check out the trailer below: