UPDATE: Check out the International Trailer along with the latest posters and movie stills!

SYNOPSIS: Tom Cruise headlines a spectacular, all-new cinematic version of the legend that has fascinated cultures all over the world since the dawn of civilization: The Mummy.

Thought safely entombed in a crypt deep beneath the unforgiving desert, an ancient queen (Sofia Boutella of Kingsman: The Secret Service) whose destiny was unjustly taken from her is awakened in our current day, bringing with her malevolence grown over millennia and terrors that defy human comprehension.

From the sweeping sands of the Middle East through hidden labyrinths under modern-day London, The Mummy brings a surprising intensity and balance of wonder and thrills in an imaginative new take that ushers in a new world of gods and monsters. 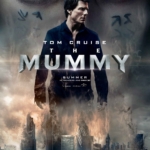 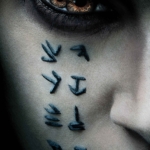 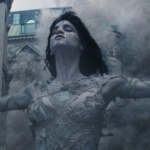 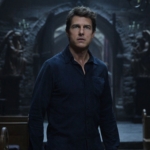 A reboot of the action-adventure franchise ‘The Mummy’, which launched the careers of Brendan Fraser and Dwayne ‘The Rock’ Johnson (The Mummy Returns) with martial art stars Jet Li and Michelle Yeoh featured in the third installment ‘Tomb Of The Dragon Emperor’. This 2017 version is directed by ALEX KURTZMAN (producer of such blockbusters as ‘Star Trek’ and ‘Now You See Me’) with Hollywood superstar TOM CRUISE (Mission: Impossible) taking the lead! 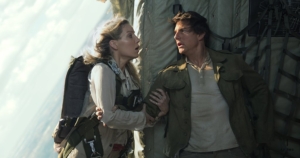 The film follows “an ancient queen who has been long buried in a crypt underneath the desert after her destiny was snatched away from her. Awakening in the present day, the malevolence she’s accumulated over thousands of years will be unleashed.”

‘The Mummy’ reboot will be unleashed in theaters on June 9th, 2017.