UPDATE: The official Poster and first Trailer has been released! 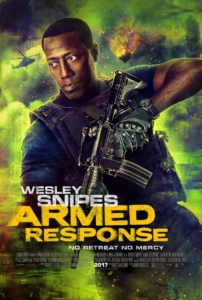 ARMED RESPONSE opens in theaters and on-demand on August 4th.

Directed by JOHN STOCKWELL (Kickboxer: Vengence, In The Blood), the film follows “a team of highly trained operatives who find themselves trapped inside an isolated military compound after its AI is suddenly shut down. The crew begins to experience strange and horrific phenomena as they attempt to uncover what killed the previous team.”