UPDATE: Latest Poster and Trailer below! 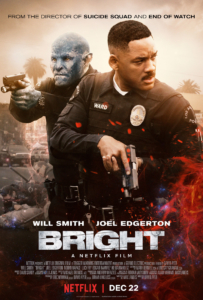 Vietnamese martial arts star NGO THANH VAN aka VERONICA NGO (The Rebel, Crouching Tiger 2) is hitting the big leagues in Hollywood. Before she goes into battle in “a galaxy far far away” this December in ‘Star Wars: The Last Jedi’, Ngo stars alongside Hollywood superstar WILL SMITH (Suicide Squad) in Neflix’s original film BRIGHT.

SYNOPSIS: In an alternate present day, humans, orcs, elves and fairies have been coexisting since the beginning of time. Two police officers, one a human, the other an orc, embark on a routine night patrol that will alter the future of their world as they know it. Battling both their own personal differences as well as an onslaught of enemies, they must work together to protect a young female elf and a thought-to-be-forgotten relic, which, in the wrong hands, could destroy everything.

Ngo plays ‘Tien’ as seen in the blink-and-you’ll-miss-it moment at the end of the Trailer. (Screenshot below) 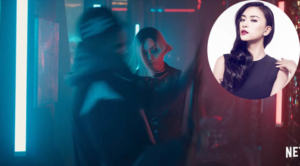 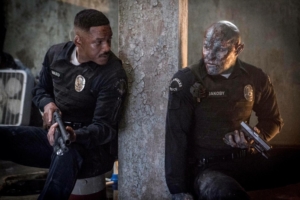 ‘Bright’ is set for release on Netflix December 22nd.