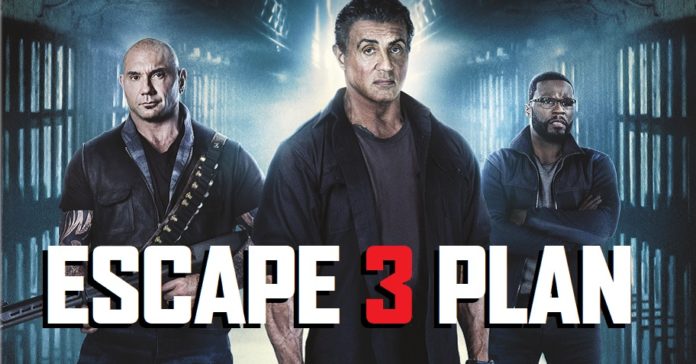 UPDATE: Check out the Red Band Trailer below!

UPDATE: The Official Trailer is here which caters more to the U.S. audience as there is very little of Max Zhang compared to the leaked international Trailer.

SYNOPSIS: After security expert Ray Breslin (Stallone) is hired to rescue the kidnapped daughter of a Hong Kong tech mogul from a formidable Latvian prison, Breslin’s girlfriend (Jaime King) is also captured. Now he and his team, which includes Dave Bautista and Curtis “50 Cent” Jackson, must pull off a deadly rescue mission to confront their sadistic foe and save the hostages before time runs out.

UPDATE: Unfortunately the previously leaked Trailer for The Extractors: Escape Plan has been taken down. We will have to wait for the Official release. In the meantime, check out the latest images from the film below.

A third installment of the Escape Plan franchise is on the way with star Sylvester Stallone recruiting none other than martial arts star Max Zhang (Ip Man 3) to join him and Dave Bautista in ESCAPE PLAN 3: DEVIL’S STATION.

On location doing ESCAPE PLAN 3 at Mansfield prison, where they filmed The exterior shots for the film. Shawshank redemption but they never filmed the inside of this place. Trust me , doing hard time in here must have been HARD core Hell !! Hanging With my good buddy and costar @davebautista. The second one hasn’t come out yet

This time around “Ray Breslin (Stallone) and Trent DeRosa (Bautista) must join forces again in order to rescue one of their team members who is held captive at the penitentiary known as Devil’s Station, a prison where no one ever gets out”.

Zhang is no stranger when it comes to prison breaks as you must have seen in 2015’s ‘SPL 2: A Time For Consequences’, which featured a fantastic prison riot action sequence involving Zhang as a corrupted prison warden. Bautista and Zhang will next be seen together in the upcoming ‘Ip Man 3’ spin-off ‘Cheung Tin Chi’ directed by Yuen Woo Ping sometime next year.