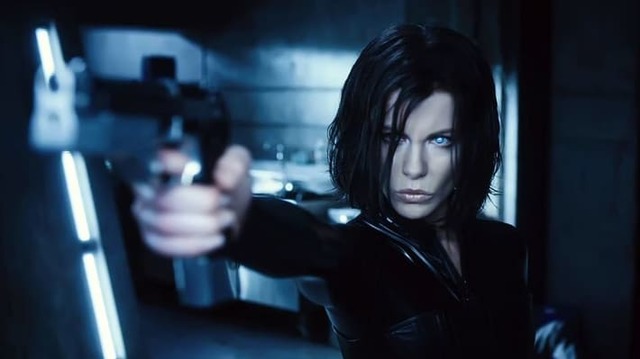 UPDATE: We can all stop holding our breath as franchise star Kate Beckinsale is officially done with ‘Underworld’. When asked by Variety if she would ever consider returning to the franchise, Beckinsale stated: “I wouldn’t return. I’ve done plenty of those.”

There you have it. Looks like the TV series will have to find another actress capable of putting on those leather tights and slaying hairy Lycans.

Vampires and Lycans is about to take their war onto the small screen as an UNDERWORLD TV series and now on the fast track!

Franchise mastermind LEN WISEMAN (Live Free Or Die Hard), who directed the first two installments and produced the next three, will executive produced the series with his production company Sketch Films along with Lakeshore Entertainment’s Tom Rosenberg, Gary Lucchesi and Eric Reid.

Wiseman stated: “The series will be a pretty big departure from the films. I don’t want to say it’s more adult, but it’s definitely less comic book in its tone and character.”

‘Underworld’ follows the vampires as they “engage in an age-old battle with their sworn enemies, the Lycans, a clan of violent werewolves. Selene, a vampire orphaned in the wake of a bloody Lycan attack, works for the vampire clan as a trained killer. When the Lycans take a mysterious interest in Michael Corvin, an exceptional mortal doctor, Selene struggles to save him from Lucian, a ruthless Lycan leader hellbent on ending the vampire bloodline.”

The five featured films grossed a combined $500 million-plus worldwide. There is no words if franchise star KATE BECKINSALE will be involved with the TV series.