UPDATE: The official rating is in and unfortunately ‘Venom’ is rated PG-13 and not R as everyone was hoping. Lets cross our fingers that an ‘Unrated’ version makes it home on Blu-Ray/DVD.

UPDATE: The official Poster is here along with the Official Trailer! 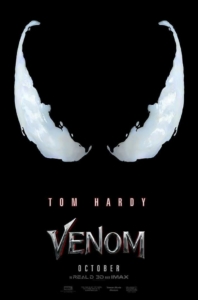 UPDATE: It looks like your friendly neighborhood ‘Spider-Man’ may be making an appearance in VENOM after all! 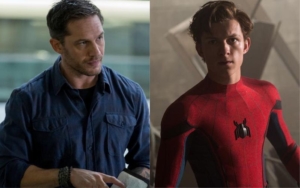 According to Jon Schnepp from COLLIDER TOM HOLLAND (Spider-Man: Homecoming) will appear as ‘Peter Parker’ aka ‘Spider-Man’:

Take this with a grain of salt until we get further confirmation.

UPDATE: The first official image of TOM HARDY as ‘Eddie Brock’ is here! 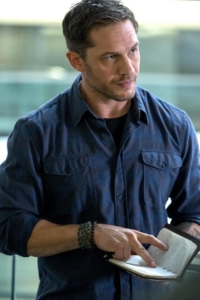 Director RUBEN FLEISCHER hinted at the plot of the film stating: “We wanna be as true as possible to the comics with our film, but our story is primarily based on the Lethal Protector and The Planet of the Symbiotes books.”

For those unfamiliar with the comic, ‘Venom: Lethal Protector’ was a “limited series in 1993 from writer David Michelinie and artist Mark Bagley. Eddie moves from New York to San Francisco where he’s reinvented as more of anti-hero as opposed to a Spider-Man villain”. And ‘Planet of the Symbiotes’ was “a 1995 story that focused on Eddie Brock fighting an army of invading symbiotes — a symbiote being the living alien substance that takes over Eddie’s body and transforms him into the vicious wall-crawler”.

The fan-favorite ‘Spider-Man’ villain is getting his own solo movie with director RUBEN FLEISCHER (Zombieland) at the helm. The film will co-star MICHELLE WILLIAMS (Manchester By The Sea) and RIZ AHMED (Jason Bourne), who is rumored to be playing ‘Carnage’. For those unfamiliar with the character, ‘Venom’ is an “alien symbiote that needs a human host to survive. In return, the alien vests its victim with incredible powers.”

The character was previously portrayed by Topher Grace in Sam Raimi’s ‘Spider-Man 3’.

There is no words yet on if Tom Holland’s ‘Spider-Man’ will make an appearance in the film. Plot details has not been released.