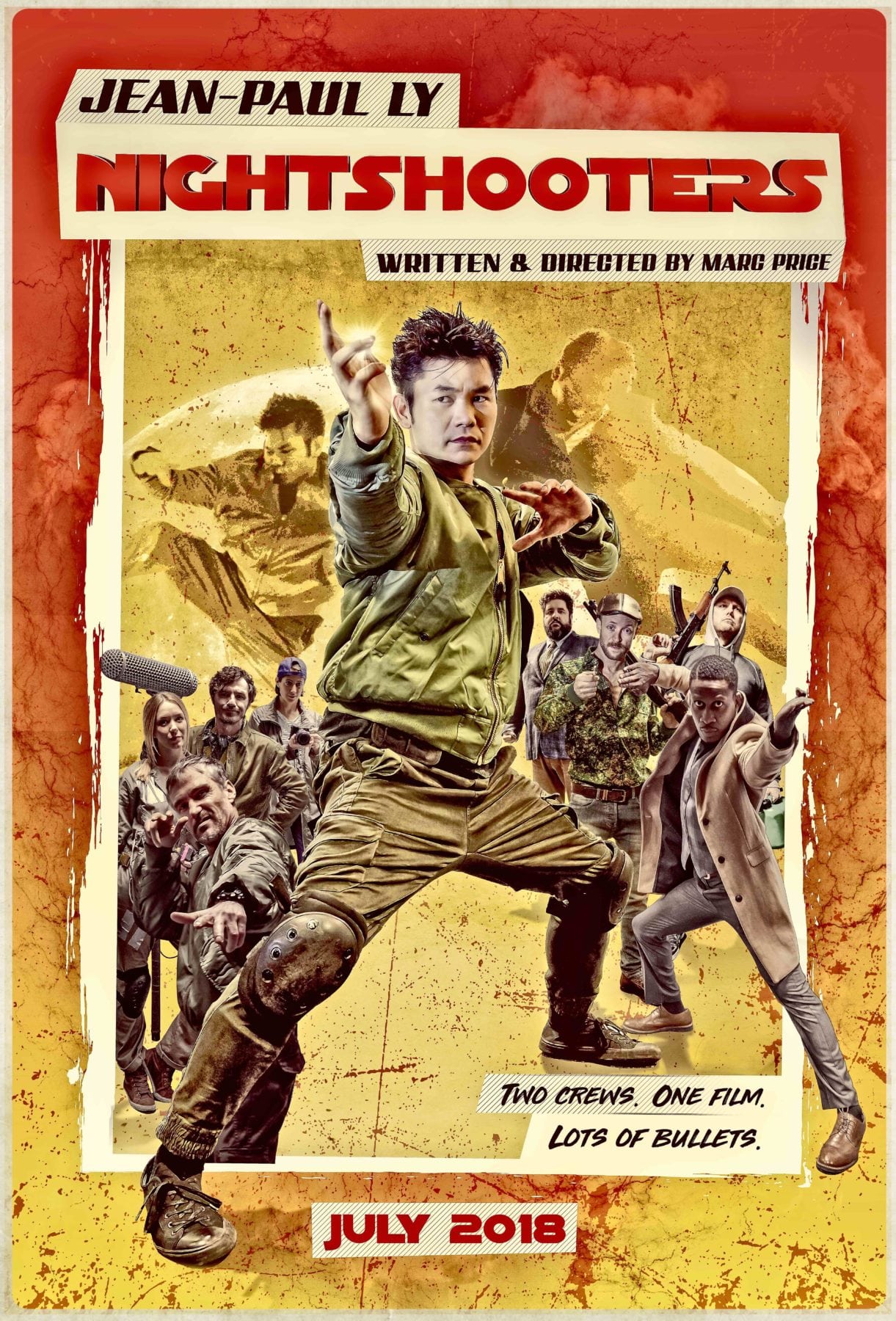 UPDATE: Check out an exclusive fight clip below!

Nightshooters is available NOW on Blu-Ray and DVD.

SYNOPSIS: NIGHTSHOOTERS is a non-stop action-thriller about a group of filmmakers who find themselves on the run from a violent mob of criminals, after witnessing a brutal gangland execution. Unable to escape their set, the hapless film crew must use their technical skill and cinematic knowledge to survive.

As the hoods draw near to eradicate all witnesses, stunt man Donnie (Jean-Paul Ly) is forced to take his martial arts capabilities off script, putting his skills to practice for survival. The sound team resourcefully use their equipment to track their surroundings as the special effects guru disregards all the rules of set, abandoning safety to set lethal traps as the cat and mouse game of survival ensues!

After his breakout leading role in the Cambodian action comedy ‘Jailbreak’, JEAN PAUL LY is taking his talents to the UK in the upcoming martial arts actioner NIGHTSHOOTERS.

Price compares ‘Nightshooters’ to ‘The Raid’ stating: “With this film we’re hoping to create some of the best action UK independent cinema has seen. A UK equivalent of The Raid with a healthy splash of the fragmented, humorous characters I’ve always connected with.”