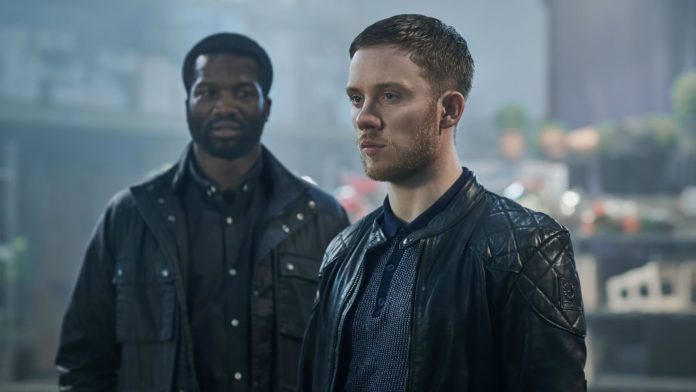 Synopsis: When the head of a criminal organisation, Finn Wallace (Colm Meaney) is assassinated, the sudden power vacuum his death creates threatens the fragile peace between the intricate web of gangs operating on the streets of the city. Now it’s up to the grieving, volatile and impulsive Sean Wallace (Joe Cole) to restore control and find those responsible for killing his father.

The show will premiere on Sky Atlantic and TV streaming service Now TV later this year, with plans for a U.S. release forthcoming.

Best known for introducing the action mayhem of ‘The Raid’ franchise to the world, director Gareth Evans is taking what he does best to the small screen with the gangster drama Gangs Of London for HBO’s Cinemax and Sky Atlantic.

Based on Evans’ own original idea, the series is “set in contemporary London as it is being torn apart by power struggles involving several international gangs. The series begins as the head of one criminal gang is assassinated and the power vacuum threatens the fragile peace between the other underworld organizations”.