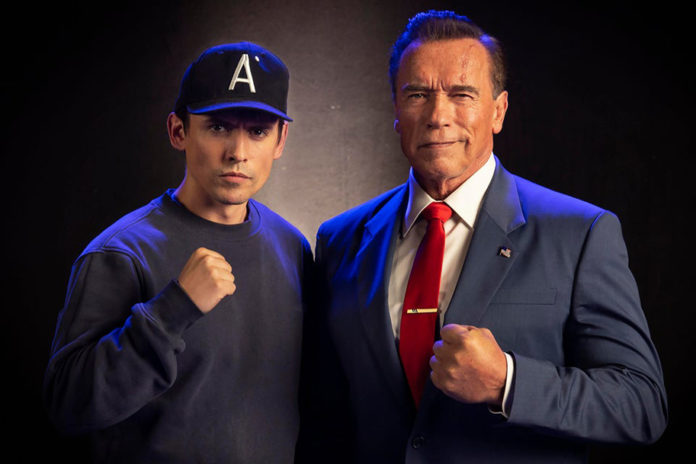 I met David more than four years ago, when he showed me his short film “Kung Fury” and I laughed my ass off and told him if he ever made it a feature, I was in. Today we are having a great time together shooting the feature. His vision and his persistence inspires me, and I hope it inspires all of you. 📷: pablofrisk

UPDATE: Michael Fassbender is set is reunite with a fellow X-Men as Alexandra Shipp (Dark Phoenix) is joining the cast of the Kung Fury follow-up.

Shipp will portray Rey Porter, a news anchor who will do anything to get the best story. Production is currently rolling in Bulgaria and will also film in Germany.

UPDATE: Action icon Arnold Schwarzenegger (The Expendables) has officially joined the cast of the Kung Fury sequel. No words yet on what character Arnold will portray, but our best guess is he may be the villain of the film.

Released back in 2015, ‘Kung Fury’ is an action comedy that pays homage to over-the-top 80s action films. The film follows “the greatest damn cop of all times” as he protects the city of 1985 Miami against the villainous Kung Fuhrer, Adolf Hitler and “travel through space and time itself to save his friends, defend the prestigious Miami Kung Fu Academy and defeat evil once and for all”.

‘Kung Fury’ star and creator David Sandberg will produce and star in the featured film alongside Fassbender. David Hasselhoff (TV’s Baywatch) is also expected to appear as he is featured in the original and sang the theme song “True Survivor”.

Relive the original film HERE and stay tuned for more details on the upcoming follow up movie.