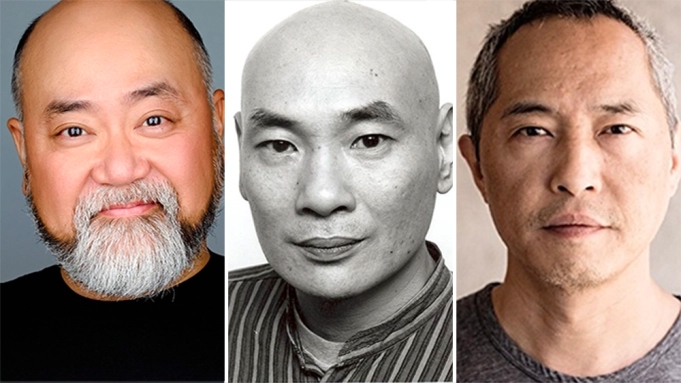 According to Deadline, Lee will play Uncle Iroh, a retired Fire Nation general and the wise and nurturing mentor to his hot-headed nephew, Prince Zuko. Lim will portray Gyatso, a kind and caring Air Nomad monk who is the guardian, father figure and best friend to Aang. Leung will play Commander Zhao, a scheming and ambitious Fire Nation military officer who’s eager to leverage an unexpected encounter with a desperate Prince Zuko to advance his personal goals.

The series has started production in Vancouver.

UPDATE: Actor Daniel Dae Kim (Hawaii Five-0) has joined the cast of Avatar: The Last Airbender as villain Fire Lord Ozai. His character is described as a “ruthlessly-driven leader of the Fire Nation” and will be a series regular on the live-action adaptation.

“I do have the power. I have all the power in the world!”

UPDATE: Netflix has announced the official cast for Avatar: The Last Airbender which includes Gordon Cormier (Lost In Space) as Aang, Kiawentiio (Beans) as Katara, Ian Ousley (Big Shot) as Sokka, and Dallas Liu (Shang-Chi and The Legend of the Ten Rings) as Zuko.

Michael Goi, Roseanne Liang and Jabbar Raisani are all set to direct the series.

Avatar: The Last Airbender will be an authentic adaptation of the award-winning and beloved Nickelodeon animated series reimagined as a live-action adventure

“Netflix’s format meant we had an opportunity to reimagine a story that had originally been told in self-contained half-hour episodes as an ongoing serialized narrative. That meant story points and emotional arcs we’d loved in the original could be given even more room to breathe and grow,” said showrunner Albert Kim.

Fans have nothing to worry about as original creators Bryan Konietzko and Michael DiMartino will be on-board. They stated:

“We’re thrilled for the opportunity to helm this live-action adaptation of Avatar: The Last Airbender. We can’t wait to realize Aang’s world as cinematically as we always imagined it to be, and with a culturally appropriate, non-whitewashed cast. It’s a once-in-a-lifetime chance to build upon everyone’s great work on the original animated series and go even deeper into the characters, story, action and world-building. Netflix is wholly dedicated to manifesting our vision for this retelling, and we’re incredibly grateful to be partnering with them.”

For those unfamiliar with the original animated series, it takes place in a world that “is divided into four nations — the Water Tribe, the Earth Kingdom, the Fire Nation and and the Air Nomads — each represented by a natural element for which the nation is named. Benders have the ability to control and manipulate the element from their nation. Only the Avatar is the master of all four elements. The ruthless Fire Nation wants to conquer the world but the only bender who has enough power, the Avatar, has disappeared … until now. His tribe soon discovers that Aang is the long-lost Avatar. Now Katara and Sokka must safeguard Aang on his journey to master all four elements and save the world from the Fire Nation”.