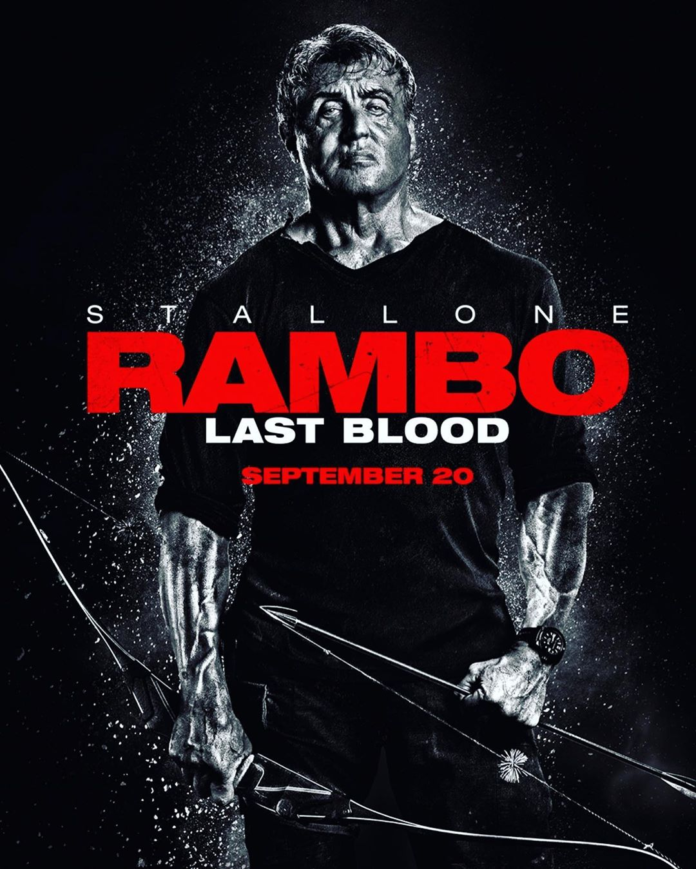 UPDATE: Get ready for a gory hard hitting bloodbath as Rambo: Last Blood is officially rated R! See the latest Trailer below.

UPDATE: The first Poster and Trailer for Rambo: Last Blood is here!

SYNOPSIS: Almost four decades after he drew first blood, Sylvester Stallone is back as one of the greatest action heroes of all time, John Rambo. Now, Rambo must confront his past and unearth his ruthless combat skills to exact revenge in a final mission. A deadly journey of vengeance, RAMBO: LAST BLOOD marks the last chapter of the legendary series.

UPDATE: Star Sylvester Stallone shared some behind-the-scenes footage from the film via Instagram:

A handmade film like the 1st one … BLOOD SWEAT TEARS And working with fantastic actors! Sept 20 #rambo5

SOMETHING WICKED IS COMING THIS WAY…

UPDATE: Two years later and it looks like SYLVESTOR STALLONE had a change of heart. According to DEADLINE Stallone WILL return for the fifth installment of ‘Rambo’ with a script written by Matt Cirulnick (Absentia).

RAMBO 5 will follow “John Rambo coping with intense PTSD while living on a ranch in Arizona, trying to pick up casual work wherever he can. Soon his friend and estate manager Maria informs him that her granddaughter went missing after crossing into Mexico for a party, so John travels south of the border to find the youngster. The quest quickly turns into a violent descent into hell as Rambo uncovers a sex-trafficking ring, teaming up with a journalist whose half-sister has also been kidnapped. Rambo has to deploy all his skills to save the girls and bring down a vicious crime lord”.

AVI LERNER (The Expendables franchise) is still set to produce with a director to be named soon.

Production begins this September in London, Bulgaria, and the Canary Islands.

UPDATE: Looks like STALLONE will NOT be reprising his role as ‘Rambo’ after all. He recently stated:

“The heart’s willing, but the body says, ‘Stay home!… It’s like fighters that go back for one last round and get clobbered. Leave it to someone else. There’s nothing left. When they asked me to do another Rambo, I said, ‘If I can’t do better than I did last time, and I can’t, then why’?”

This comes to no surprise as Stallone may be heading into more dramatic roles after his critically acclaimed return as ‘Rocky Balboa’ in ‘Creed’.

So it is official. Stallone have hung up the bandana for good.

SYLVESTER STALLONE will be returning to one of his most iconic role for one last time. He is set to write and star in RAMBO 5, which is once again being produced by AVI LERNER (Rambo, The Expendables 1-3).

Sly described the next installment of ‘Rambo’ as his version of “No Country For Old Men”. He last played the role in 2008’s ‘Rambo’. That film went on to gross $113 million worldwide on a budget of $50 million. The story will see Rambo going up against the Mexican cartel. If that sounds pretty familiar, you probably recall that Sly’s ‘Expendables’ co-star Arnold Schwarzenegger recently starred in a film called ‘The Last Stand’ where he also faced off against the Mexican cartel. Hopefully ‘Rambo 5’ will take it to another level.