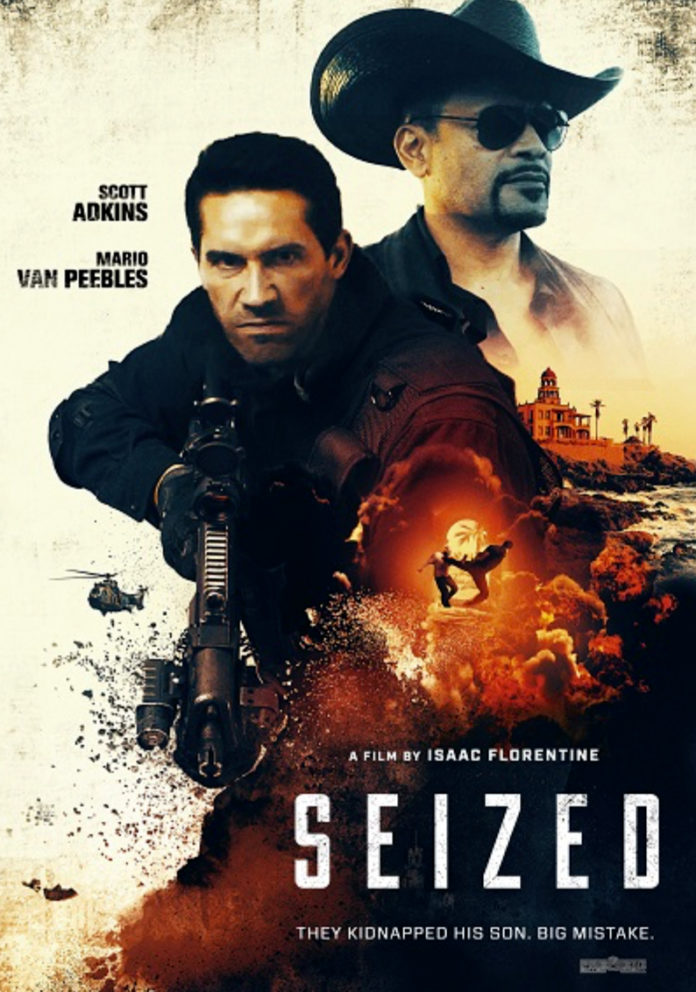 UPDATE: Check out the latest Poster above!

UPDATE: UFC star Uriah Hall has joined the cast of Seized! Scott Adkins shared a photo on Instagram with Hall below.

UPDATE: Production has started rolling on Seized. See the official press release below.

Isaac Florentine is directing from a screenplay by Richard Lowry. Scott Adkins and Isaac have previously worked together on the UNDISPUTED and NINJA film franchises.

SEIZED follows a former special forces agent whose son has been kidnapped and has five hours to complete three missions if he wants to see his son alive again. His missions are to wipe out three dangerous crime syndicates.

“We are very excited to be in production on SEIZED and can’t wait to bring the film to our buyers,” says Elias Axume, President and CEO, Premiere Entertainment. “SEIZED promises to have top-level action with amazing action stunts by Scott Adkins under the direction of the great Isaac Florentine.”

Premiere Entertainment is handling worldwide sales for the film. The film was brokered by Frank DeMartini.

The dynamic duo that brought us the Undisputed and Ninja franchise is teaming up once again for the action thriller Seized.

Directed by Isaac Florentine (Ninja: Shadow Of A Tear) and starring Scott Adkins (Ip Man 4), the film follows “a former special forces agent’s son who is kidnapped and buried inside a casket in the desert. If he wants to see his son alive again, then he must complete three missions in under 5.5 hours before his son runs out of oxygen. His missions are to wipe out three dangerous international mobs.”

Sounds like a recipe for martial arts action mayhem.