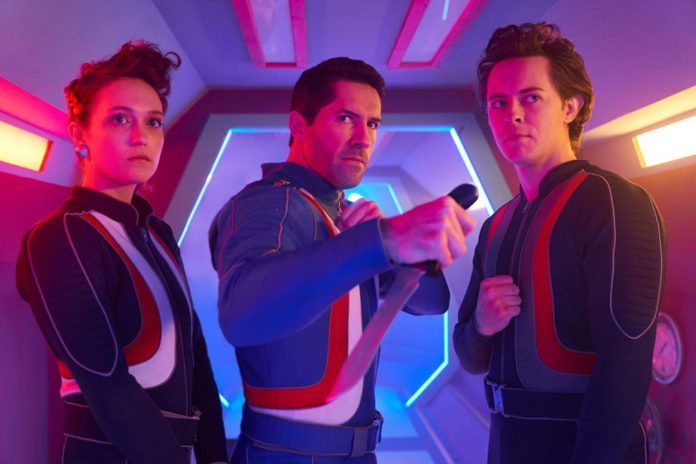 UPDATE: Well Go USA will officially distribute The Intergalactic Adventures Of Max Cloud on VOD this December. During our recent interview with star Scott Adkins, he described the film as:

UPDATE: Have a look at the latest batch of images from The Intergalactic Adventures Of Max Cloud (via City On Fire)!

UPDATE: Check out the Poster below!

Directed by Martin Owens (Let’s Be Evil), the film follows “a space cruiser that crashes on a planet that is home to an intergalactic prison.” Co-starring alongside Adkins is Tommy Flanagan (Sons of Anarchy), Elliot Langridge (Killers Anonymous), John Hannah (The Mummy), Lashana Lynch (No Time To Die) and Jason Maza (10×10).