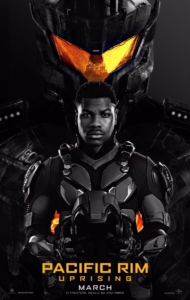 UPDATE: The FIRST official image is here featuring JOHN BOYEGA along with a look at the new ‘Jaeger’ robots and the movie logo (above)! 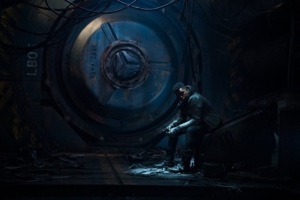 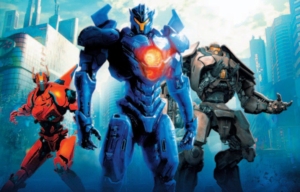 UPDATE: The title of the upcoming sequel has been renamed from ‘Pacific Rim: Maelstrom’ to PACIFIC RIM: UPRISING. 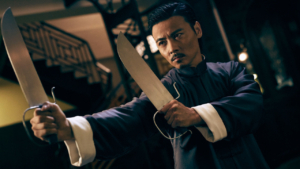 Looks like the producers are looking to cash in on the China market. 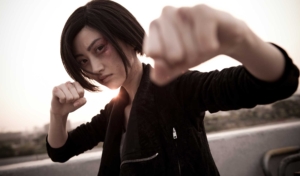 This time around GUILLERMO DEL TORO will serve only as producer with directing duties handed over to STEVEN S DEKNIGHT (Netflix’s Daredevil). Tian will be joining a brand new cast lead by JOHN BOYEGA (Star Wars: The Force Awakens) who plays the son of Idris Elba’s character from the original, SCOTT EASTWOOD (Suicide Squad), and newcomer CAILEE SPAENY.

Original star Charlie Hunnam had to pull out of this sequel due to scheduling conflict. No words yet on if Rinko Kikuchi will return.

‘Pacific Rim: Maelstrom’ is set to start production in Australia this November with a target release date on February 23rd, 2018.

UPDATE: For those who complained that ‘Pacific Rim’ was all action and no character (fyi: I honestly did not think so), star CHARLIE HUNNAM also hope things will change for the sequel stating:

“When it becomes very technical, those technical aspects create a rigidity to the process. Then all of the sudden, you have to find where your little place to fit into that process is, as opposed to the whole thing being about you… I think world creation and monster creation and all of that stuff is exciting as a secondary element of storytelling. When it becomes more important than storytelling, I get very nervous, and you sort of lose me a little bit.

Although we tried very hard on Pacific Rim to marry those two elements, I do feel like ultimately it got weighed heavier on the side of spectacle than storytelling. Not to say I wasn’t proud of the film. I really liked it, and I felt like it delivered exactly what it was supposed to. But I do feel like we could have maybe plumbed the depths of the character and the storytelling a little bit more.” 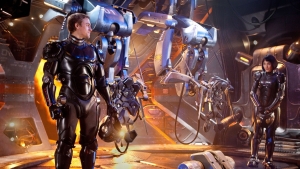 LEGENDARY PICTURES and UNIVERSAL STUDIOS have confirmed that the sequel to the last year’s Jaeger vs Kaiju monster flick, PACIFIC RIM, will be release on APRIL 7, 2017!

PACIFIC RIM 2 will once again be written and directed by visionary director GUILLERMO DEL TORO (Blade 2, Hellboy) with lead actors CHARLIE HUNNAM and RINKO KIKUCHI expected to return. Do not be surprise if RON PERLMAN comes back as ‘Hannibal Chau’ as well.

Del Toro stated to BuzzFeed: “The characters I love will return. Raleigh, Mako, Newt, Gottlieb and who knows, maybe even Hannibal Chau – but we are taking them into a fresh territory that will display amazing sights and battles. The first film set the stage and now we’re ready to have a blast.”

Check out this video of Del Toro announcing the sequel AND an ANIMATED SERIES for the franchise!

Fans of ‘Pacific Rim’ will definitely have a lot to look forward to. Now if only they can do a crossover with GODZILLA…