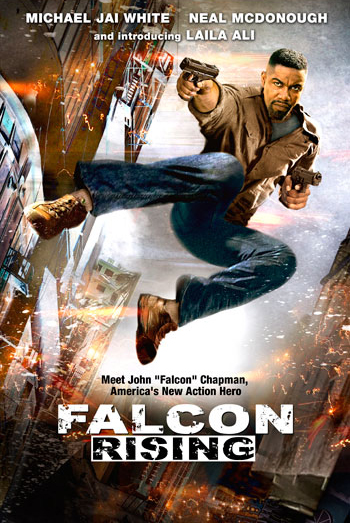 ‘Falcon Rising’ is directed by ERNIE BARBARASH (JCVD’s Six Bullets and the upcoming Pound Of Flesh) with action choreography by LARNELL STOVALL, who previously worked on such fan favorites such as ‘Undisputed 3’ and ‘Universal Soldier: Day Of Reckoning’. 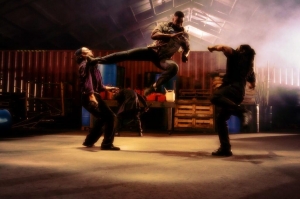 SYNOPSIS: “The first installment of a new CODENAME FALCON action franchise. The franchise will revolve around former marine John “Falcon” Chapman (Michael Jai White), a dark anti-hero driven by guilt, who will destroy himself unless given something else to destroy – a useful weapon-of-last-resort for the foreign ministry. The first movie sees Chapman traveling to Brazil to hunt down his sister’s brutal attackers, in the process discovering an underground world of drugs, prostitution, and police corruption ruled by the Japanese mafia.”

Stay tuned for a trailer and release date!

UPDATE: MICHAEL JAI WHITE recently revealed on his OFFICIAL FB PAGE that FALCON RISING will be release on SEPTEMBER 5th!