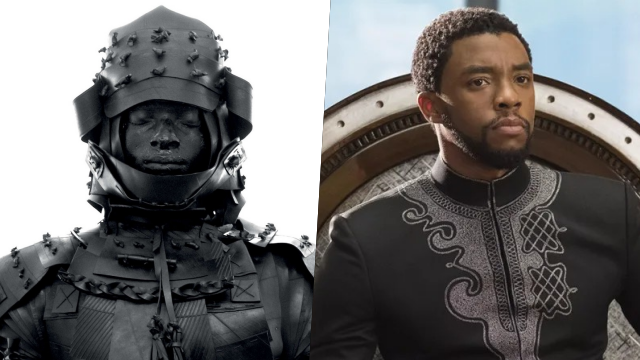 Chadwick Boseman is set to go from Black Panther to black Samurai in Yasuke.

Boseman will produce and star in the story of the origin of the first non-Asian Samurai which follows “a slave soldier after the fall of Abysinnian Bengal, a black kingdom run by Ethiopians. He was sold into slavery and found himself in the care of Alessandro Valignano, an Italian missionary. They formed a bond, and when there were complications in Rome, he was sent to Japan and took Yasuke with him. There he met Oda Nobunaga, who was interested in all Western things, and through a series of bizarre events, the Jesuit left Yasuke with the warlord, where he became a Samurai.”

The film will be written by Narcos co-creator Doug Miro, whose credits includes the Matt Damon and Andy Lau starrer The Great Wall.