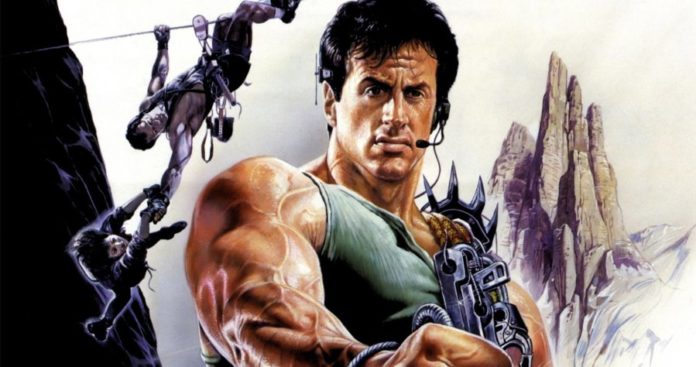 A reboot of Sylvester Stallone’s 1993 classic actioner Cliffhanger is now on the fast track but with a female lead.

Rocket Science announced today they have acquired the rights to Cliffhanger, which they will produce alongside Neal Moritz’s Original Film (The Fast and the Furious franchise). The female-led remake will be directed by Ana Lily Amirpour (A Girl Walks Home Alone at Night, The Bad Batch) and based on a script by Sascha Penn (Creed II). Casting is currently underway for a female lead to headline an ensemble cast, with Jason Momoa (Aquaman) in talks for a cameo.

Director Ana Lily Amirpour stated: “I am very excited to partner with Original Films and Rocket Science, who share my passion for the character-driven high-adrenalin survival movie; one of my favorite genres.  We are setting out to create a thrill-ride on the mountain which taps into the primal side of an action movie, where you see what a person is capable of doing to survive in the most extreme situations, pushed to the limits.  Add to that some high-stakes espionage and a badass female mountain climber as the lead and it becomes a truly epic reinvention of what made the original Cliffhanger movie so fun and so thrilling.”

Neal Moritz added: “I’ve been wanting to re-make this adrenaline filled survival thriller with a strong female protagonist – both in front of and behind the camera – for some time.  The elements came together with Ana Lily and Rocket Science and we look forward to gathering the rest of the pieces.  I’ve always wanted to make the movies I want to see — big at their core with characters which connect to the audience while simultaneously encouraging them to leave their house and go to a theater. Cliffhanger is just that, in what we hope will be the first of an entirely new franchise.”