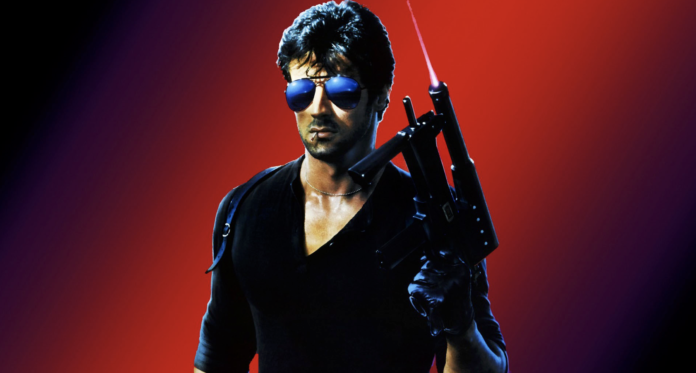 “I’m talking with Robert Rodriguez right now about Cobra, which looks like that could happen. It’s basically his baby now.”

Action icon Sylvester Stallone (Creed 2) may be bringing his 1986 cult classic Cobra to the small screen.

While promoting Rambo: Last Blood at Cannes, a member of the audience asked Stallone to reflect on Cobra in which he replied:

“That (conceit) was what if Bruce Springsteen had a gun? That was rock n’ roll meets drama. That should have been another franchise because that character was so cool. And I blew it. My personal life got in the way. But we’re trying to bring it back as a streaming TV series. Bring out the zombie squad. I’m long gone, but the idea is really good.”

The idea is to reboot the film as a streaming TV series with a new squad of aviator wearing, machine gun-toting agents.