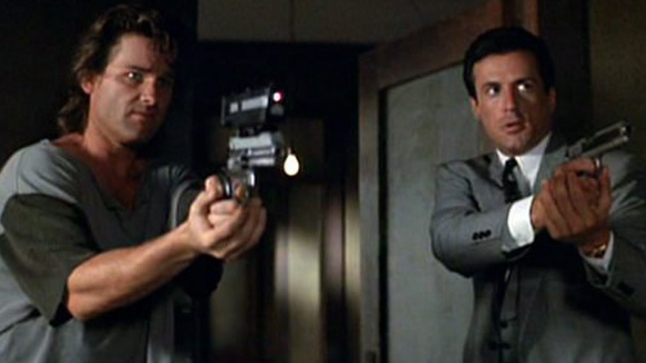 While promoting Rambo: Last Blood, action superstar Sylvester Stallone mentioned that he would love to make a sequel to his 1989 buddy cop actioner Tango & Cash.

“I would do Tango & Cash in a second. I know, with Kurt [Russell], it’s not about a caper… it’s just us doing our thing.” That’s exactly how Sly says he pitched it to Russell, who is still not too sure about the sequel. “I don’t know, Sly…” Stallone said recalling what Russell said to him when approached. “… There we were in our prime and now we’re in our unprime, I dunno.” “So I said, Kurt, “I’m telling you, ya gotta go in on this.” So he said, “I’ll talk to you when I get back.”

Guess a Tango & Cash 2 all comes down to how convinced Russell is that this is a good idea.