Take a sneak peak of the film in the latest featurette below!

UPDATE: The FULL Trailer for BOYKA: UNDISPUTED is finally here!

UPDATE: Check out the latest image of Adkins as ‘Boyka’ via AICN (above)! He also provided some plot details for UNDISPUTED 4 stating:

“In the fourth installment of the fighting franchise, Boyka is shooting for the big leagues when an accidental death in the ring makes him question everything he stands for. When he finds out the wife of the man he accidentally killed is in trouble, Boyka offers to fight in a series of impossible battles to free her from a life of servitude.”

UPDATE: Have a look at the first OFFICIAL image from ‘Undisputed 4’ featuring SCOTT ADKINS vs BRAHIM ACHABBAKHE. ‘Boyka’ is definitely BACK! 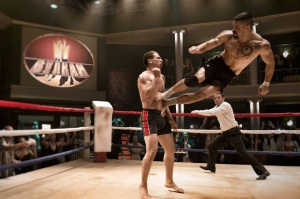 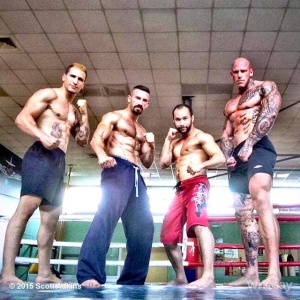 UPDATE: According to his official Instagram, TIM MAN (Ninja: Shadow Of A Tear) will be re-teaming with Scott Adkins to handle the fight choreography for UNDISPUTED 4!

UPDATE: Check out the official Promo Poster for UNDISPUTED 4 via The Action Elite! 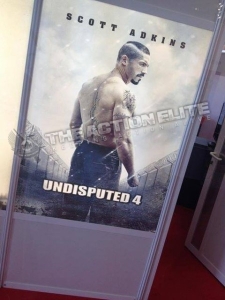 UPDATE: News via The Action Elite confirms that SCOTT ADKINS will indeed return as ‘Boyka’ in UNDISPUTED 4 and production starts rolling this June!

One of the BEST action director in the business today, ISAAC FLORENTINE (Undisputed & Ninja series), recently sat down with MOVIECRICKET.COM and revealed a bit about the upcoming BOYKA: UNDISPUTED 4 which will once again feature martial arts star SCOTT ADKINS in the title role.

Movie Cricket: We were recently chatting with Scott Adkins about Boyka: Undisputed 4. Where can you take the character after being the villain in Undisputed 2 and the hero in Undisputed 3?

Isaac Florentine: “Something is always changing in Boyka. That character is deeply religious. Already you see this in the scene that establishes him in Undisputed 2. In Undisputed 3 we see what motives him is that he is truly religious. Basically this will continue to motivate him in the next chapter…”

Please head over to MOVIECRICKET.COM for more details on the full interview!